The paper is intended to give a conceptual definition of relativism, with the aim of singling out the possible basic elements common to all the most relevant relativist conceptions. In conformity with my definition, we have to qualify as «relativistic» all the conceptions according to which all or a relevant part of cognitive, semantic, ethic, cultural etc. criteria and beliefs are necessary dependent on a given context (paradigm, culture, language, conceptual scheme etc.), that is by its turn chosen as point of reference. From this point of view it is «absolutism» which stands in radical opposition to relativism. In the second part of the paper I will deal with some important critical observations which have been recurrently aroused against relativism. From this point of view, a quite serious problem arises from the fact that many relativists would like to have the chance, at least in some important cases, of expressing some objective judgements, for instance in terms of ethically «right» or «wrong», or in terms of empirically «true» or «false». In the third part of my paper, in order to answer to this difficulty, I will propose a sketch of a viable and coherent relativistic conception: a conception that doesn't incorporate at all absolutist elements and that nevertheless could be able to explain the presence of a common core of criteria and beliefs in all our conceptual schemes and beliefs. One distinction is of particular importance here: the distinction between local conceptual schemes and long term frameworks, through which it is possible to clarify that even the most stable and consolidated beliefs common to our conceptual schemes are after all relative. 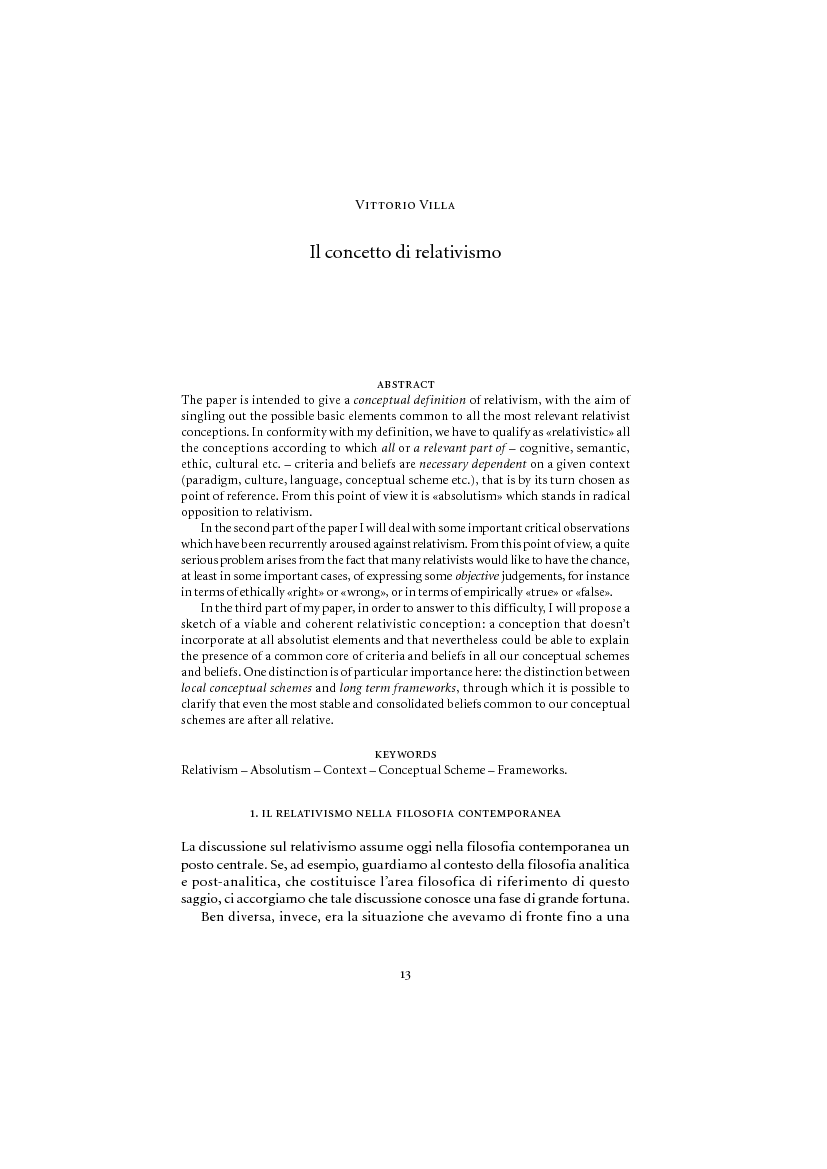