Within the soft law realm, the paper focuses on the case of soft-regulation. Soft regulation differs from traditional forms of soft law, such as declarations, guidelines, recomendations, to the extent that it cannot be regarded and does not works as «pre-law» or «quasi-law». It has the same results and effects as hard law, but is produced from the bottom, in an informal way that crucially involves private actors. It can be synergistic with hard regulation or even substitute it. Soft-regulation renovates the question of the nature of law, calls for both explanation (why is soft-regulation employed?) and legitimation. The paper aims to frame a stance dealing with the two levels of issues, by arguing that (i) the qualification of a norm as a legal norm should be regarded as depending on the enforcement conditions rather that on the formal bindingness; (ii) the resort to soft regulation is explained by the changes in the authority settlement - the same changes calling for governance mechanisms - and by the very nature of the issues to be regulated; (iii) soft-regulation can be legitimated as law when it complies with some given requirements and if it is organized into a meta-governance level. 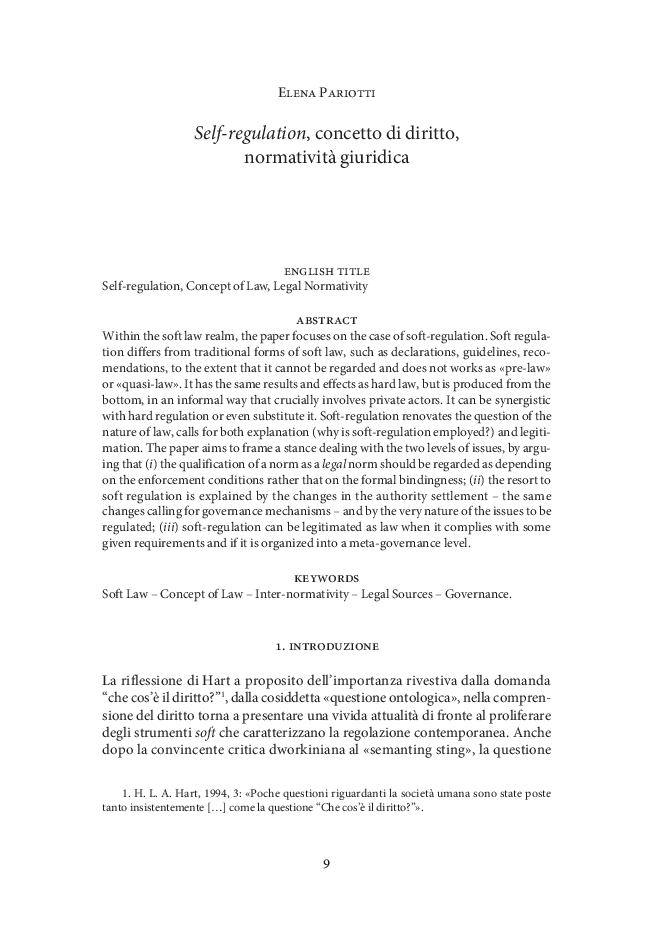