In order to face the phenomenon of judicial globalization and the internationalization of human rights and to bring the plurality of jurisdictional remedies back to a tendency to unity, the jurisprudential scenario is characterized by the cooperation between internal and supranational jurisdictions, in the forms of «dialogue between the Courts». The use of coordination practices to prevent any hermeneutic antinomies becomes central. Through the contamination of best practices, behavioral models, registers of language, techniques of argumentation and style of decisions, they are forming in the community of jurists, through authoritative «precedents», a European nomofilachia and ius commune. The essay also analyzes a case of failure of the «dialogue between the Courts» (the Italian Supreme Court and Constitutional Court vs the International Court of Justice), about limits to the functional immunity of the State for war crimes and against humanity. 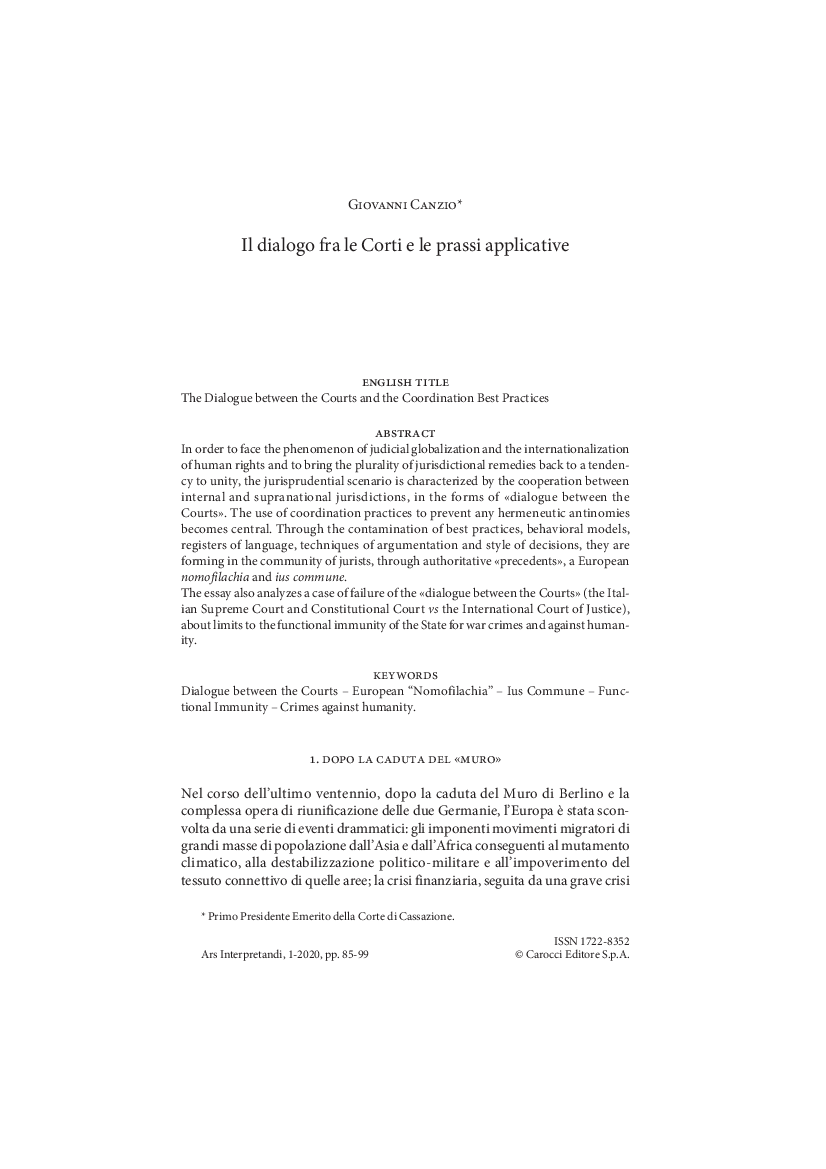