In the following pages, we aim to examine the objectives which – between the 1970s and the 1980s – led a group of special investigators guided by general Carlo Alberto Dalla Chiesa to make use of a series of strategic approaches to defeat the Red Brigades and, at the same time, the reasons why, on many occasions, the same methods used by the same men to fight the mafia – just some years after – have been prosecuted, as in the case of those people who were indicted by the Prosecutor’s Office of Palermo for aiding and abetting the mafia in 1992. It was a period of special police units who, on the one hand, tried to satisfy the need of suppressing criminal phenomena according to the principles of a democratic state and, on the other hand, showed the national public opinion the crucial points that this process entailed. 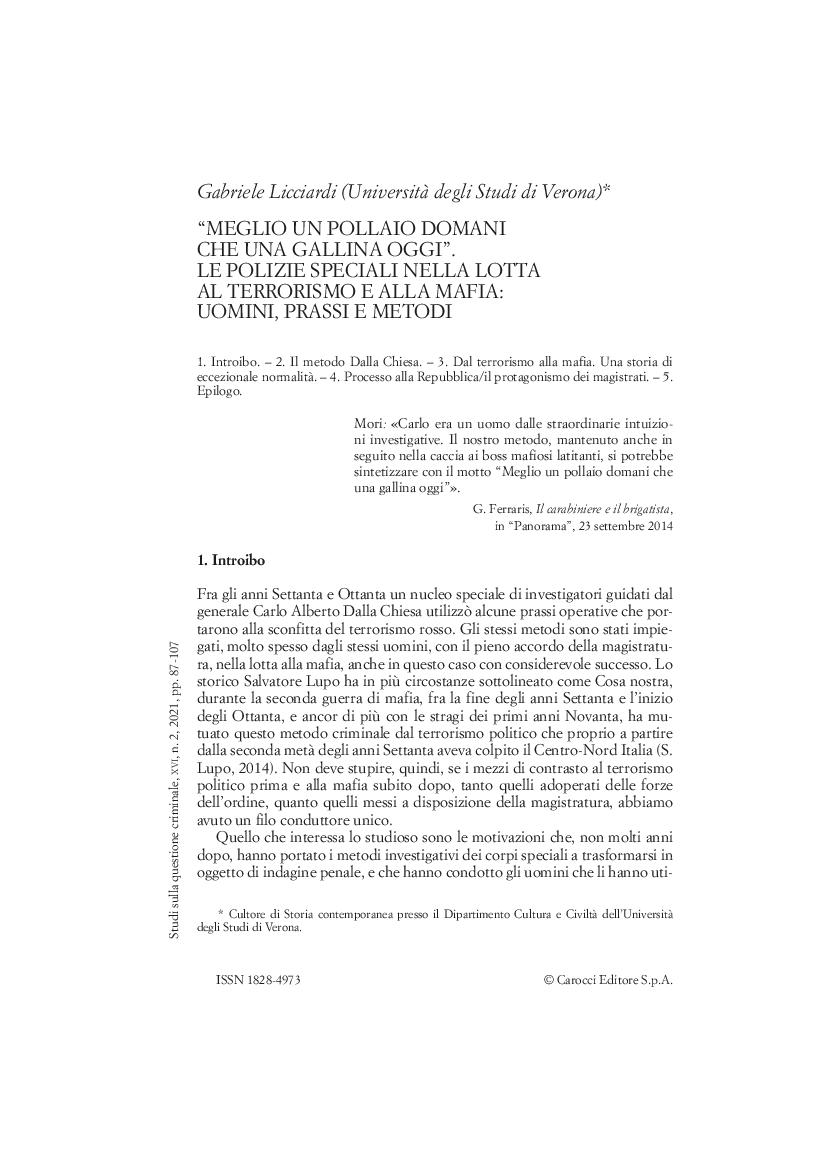