The conflicts between gangs that are dedicated to drug dealing in the impoverished neighborhoods of Latin America are mainly due to the control of drug outlets. However, this explanation is insufficient when trying to understand the reasons that produce the alternation between moments characterized by high levels of conflict between criminal groups and moments of apparent tranquility. From a sociohistorical perspective, the authors show that the monopoly on the sale of drugs, which is possible thanks to the consolidation and organization of these groups, is the most influential factor in this regard. To achieve these results, they analyzed in depth the case of Rincón Grande de Pavas, a group of neighborhoods in the Costa Rican capital, by conducting 67 interviews that were triangulated with the analysis of secondary data from criminal statistics, particularly those related to the homicides, and 1,036 news items from the newspaper La Nación, the most widely read nationwide. Specifically, the case studied showed that the consolidation and monopoly of the “Banda del Indioµ between 2010 and 2012 monopolized the sale of drugs and decreased homicides in the studied area. Instead, his arrest generated a power struggle between different drug dealing groups between 2012 and 2018, which produced a condition of “criminal disorderµ that characterized the sale of drugs in the analyzed locality in 2019, the year in which the field work of the present investigation was carried out. The paper shows that the absence of solid leadership and the presence of a multiplicity of criminal groups in the same locality favor the occurrence of conflicts over the sale of drugs, but also for other more trivial reasons, which are the direct consequence of masculinity hegemonic and social exclusion experienced by young people in impoverished neighborhoods in Costa Rica. 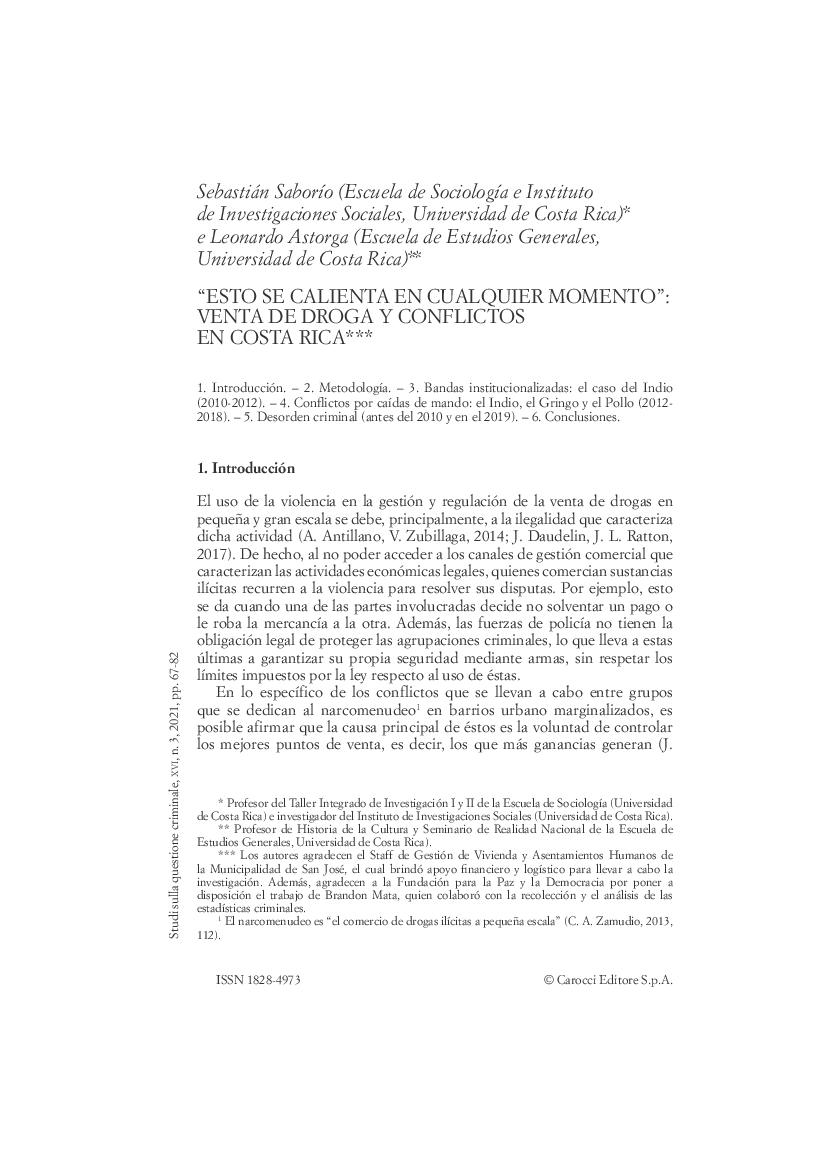