In Italy, the Black Hand is scarcely studied as a criminal phenomenon, and it is often considered one of the prodromes of mafia. Developed about two centuries ago in many cities in the United States, it became extinct within a few decades, at the dawn of Prohibition, replaced by another phenomenon, also illegal but criminally more evolved, more organized and with greater social impact: gangsterism. This paper, starting from a general analysis of the characteristics of this phenomenon – against which Joe Petrosino fought –, focuses on the specific case study of the “Banana Societyµ, developed in Ohio at the beginning of the 1900 by an Italian immigrant group, then defeated and convicted in the first American trial against an organized group. 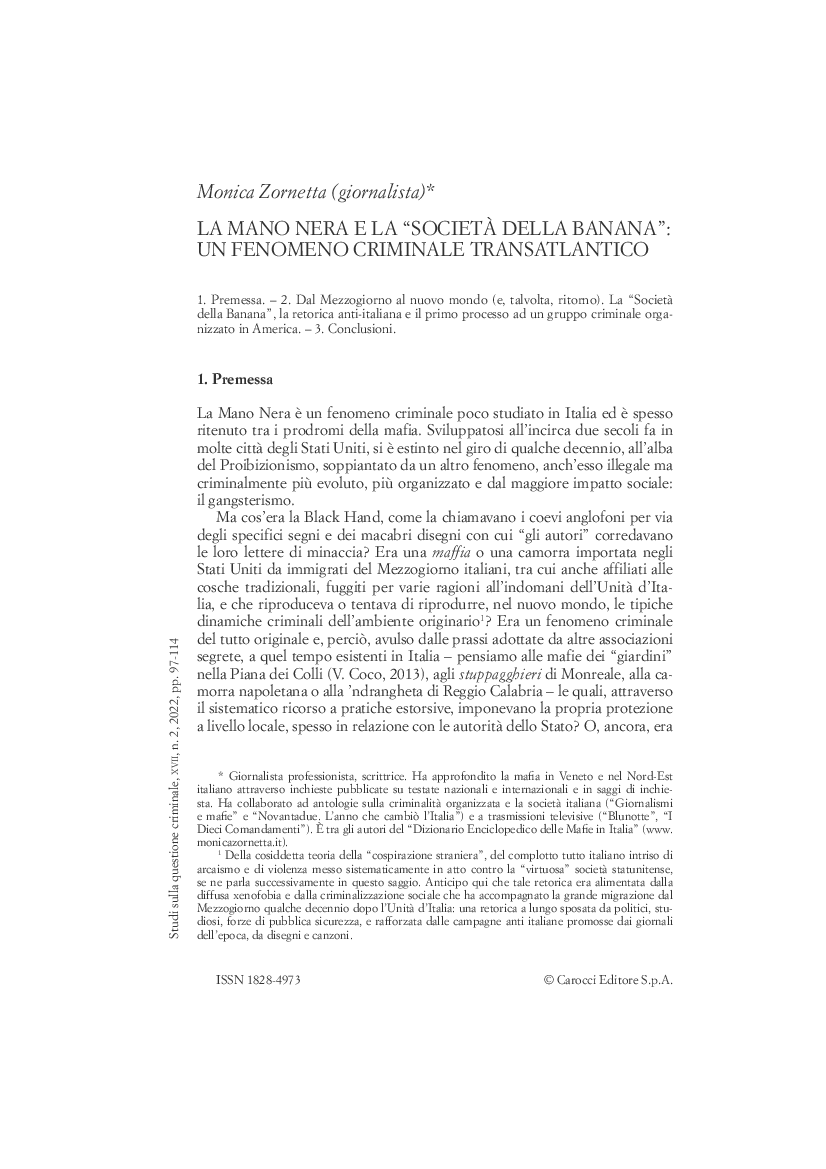