The expression "mafia method" refers to a series of principles, modalities and values which, from criminal organisations, spread throughout the official world. This paper attempts to identify such principles, modalities and values from the point of view of those who adopt them. In order to do so, the author picks three variables, namely the idea of justice, the notion of morality, and the concept of enterprise. Ultimately, it is argues, the mafia method is both inside and outside our Western political and philosophical tradition, it is ambivalent and contradictory, it positions itself in a shadow area which is simultaneously included in, and excluded from, our legitimate framework of conduct. 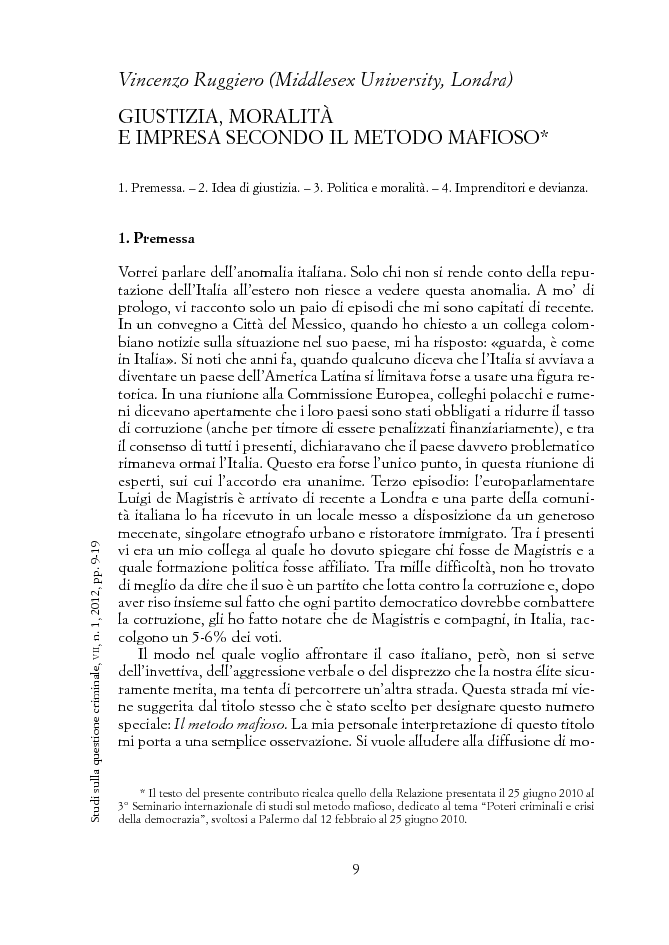