Since the nineties, in Italy, we have witnessed simultaneous appear of two social phenomena: the progressive growth of the presence of migrants and the central role of mayors and councilors are assuming, not only in the government administration of the city, but also in the intervention - at firsthand - in national issues, which were having direct and decisive impact on the local level. The presence of different forms of marginalization and delinquency is perceiving as a problem for the livability of urban space, with activation of punitive emergency solutions. In this research I will analyze the media discourse and practices of distancing involved in migrations policies about the refugees in San Rossore, Pisa (from March 2014). I will focus on the perception of "safety" in relation to migration, and I will define the field of analysis into the city and the role of sickness and phobia of ebola's infection, like technology policy of migrants's marginalization and ghettoization faced with the obligation - to the central state - to arrange for the welcome. 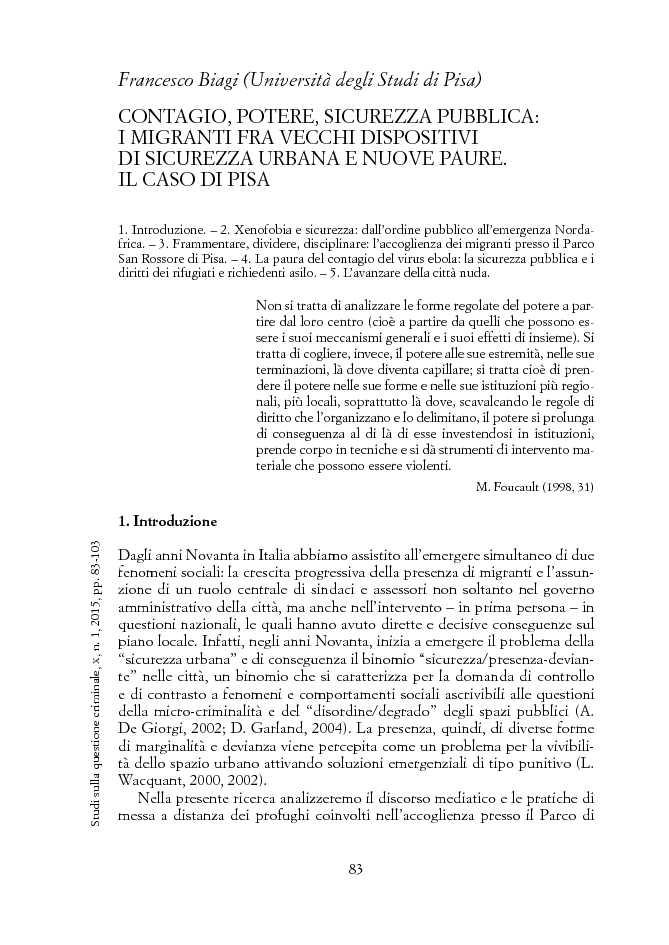