By using the notion of "criminal subjection" coined by Michel Misse, I shall show how the Pacifying Police Units, instituted in 2008 by the Security Department of Rio de Janeiro to end the violent control methods characterizing the "war on drugs", have in fact continued such war, though in different ways. In short, the prohibition of drug dealing fosters a war on drugs which has been mainly fought in the favelas, and has been used as a justification for procedures of criminal subjection against the most socially disadvantaged groups in Rio de Janeiro. Now, the pacification of the favelas permits the targeting of some individuals, the new "criminal subjects", for a repressive and violent form of police control. 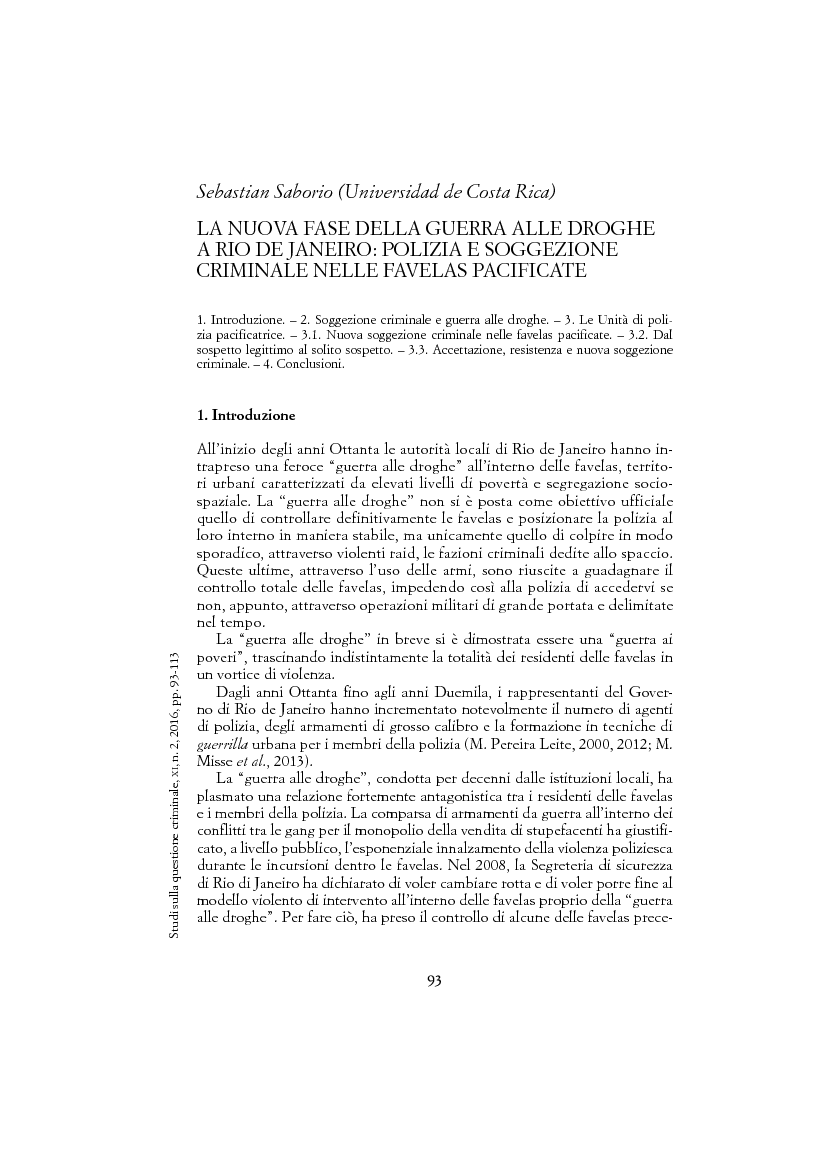