Much of the debate over torture in the past few years has implied, either implicitly or explicitly, that Italy is a Country "torture-free". In general, these commentaries have failed to include any references to past cases of torture happened in Italy. With the sentences of the European Court of Human Rights Italy has been condemned for G8 events in Genoa and the Italian public opinion found that the state has practised torture. After years of delay, under the pressure of the European Court of Human Rights, the crime of torture was introduced in ordinary Italian criminal law in 2017. This article reexamines some of the basic assumptions about Italian law against the torture and discusses the implications for the bystander. When it is clear that the harm violates human rights, national and international law, as is the case with torture, we might expect that citizen-bystander don't a justification of the use of torture. And when this happens, support for reparative actions that lead to justice for victims is likely to be observed. 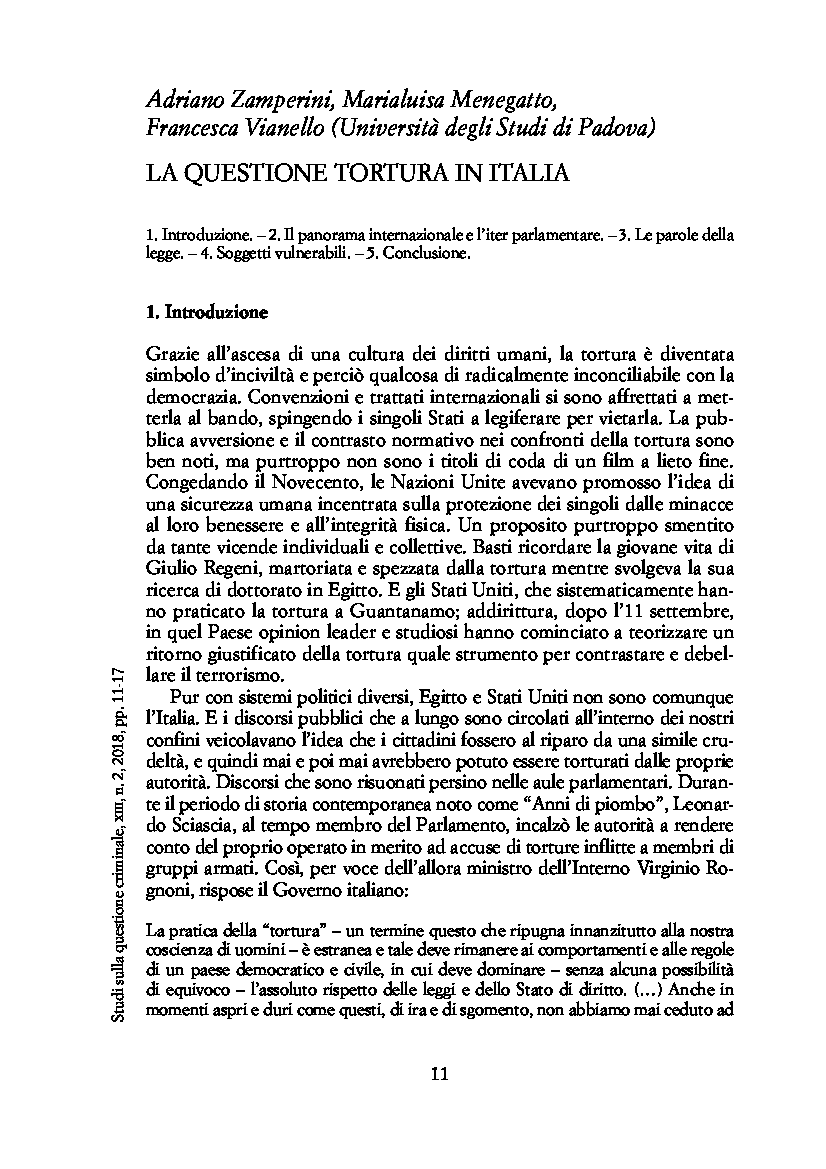