Equal rights for men and women have been affirmed since the preamble to the United Nations Charter of 1945 and are reaffirmed in the Universal Declaration of Human Rights of 1948. There is no doubt that women are fully entitled to the rights of the human person. Nevertheless, the international community has adopted instruments aimed at safeguarding and giving adequate protection to the specific characteristics of women. This is in the light of the fact that, on the one hand, the specific characteristics of women’s rights must be emphasized, whose formulation in the instruments for guaranteeing human rights was too general, and that, on the other hand, egalitarian universalism represents, in today’s world, more of an aspiration than a truly achieved horizon. This article, after critically illustrating the main stages of this process, both at international and regional level, specifically analyses the provisions of the Convention on preventing and combating violence against women and domestic violence, adopted in Istanbul by the Committee of Ministers of the Council of Europe on 7 April 2011, which entered into force on 1 August 2014, highlighting both its strengths and weaknesses. 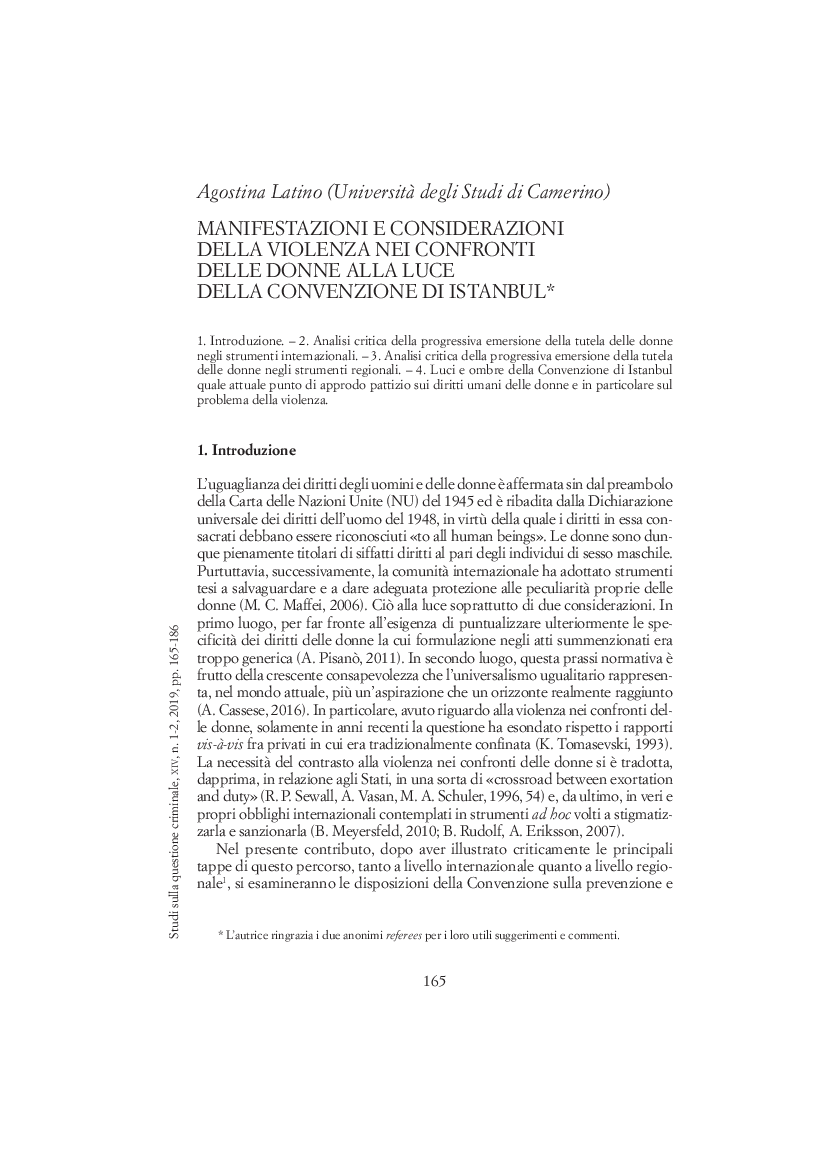