This contribution explores the representation of gender violence in RAI (Italian public broadcaster) programs, by presenting the results of the frame analysis carried out on 181 items. The empirical evidences discussed in this contribution come from the ‘Monitoring of the representation of the female figure in RAI programs’ (2016 and 2017), commissioned by RAI to the team made up by ISIMM Ricerche and Università di Roma Tre. The analysis carried out on these programs showed that, despite the great differences between genres, RAI productions have gradually moved from framing gender violence as a private/interpersonal issue to framing it as a problem rooted in the gender relations order. Nonetheless, ‘episodic’ framing, which focuses disproportionately on the individual circumstances of an isolated incident/story (K. E. Carlyle et al., 2008; R. Taylor, 2009), is still largely diffused. 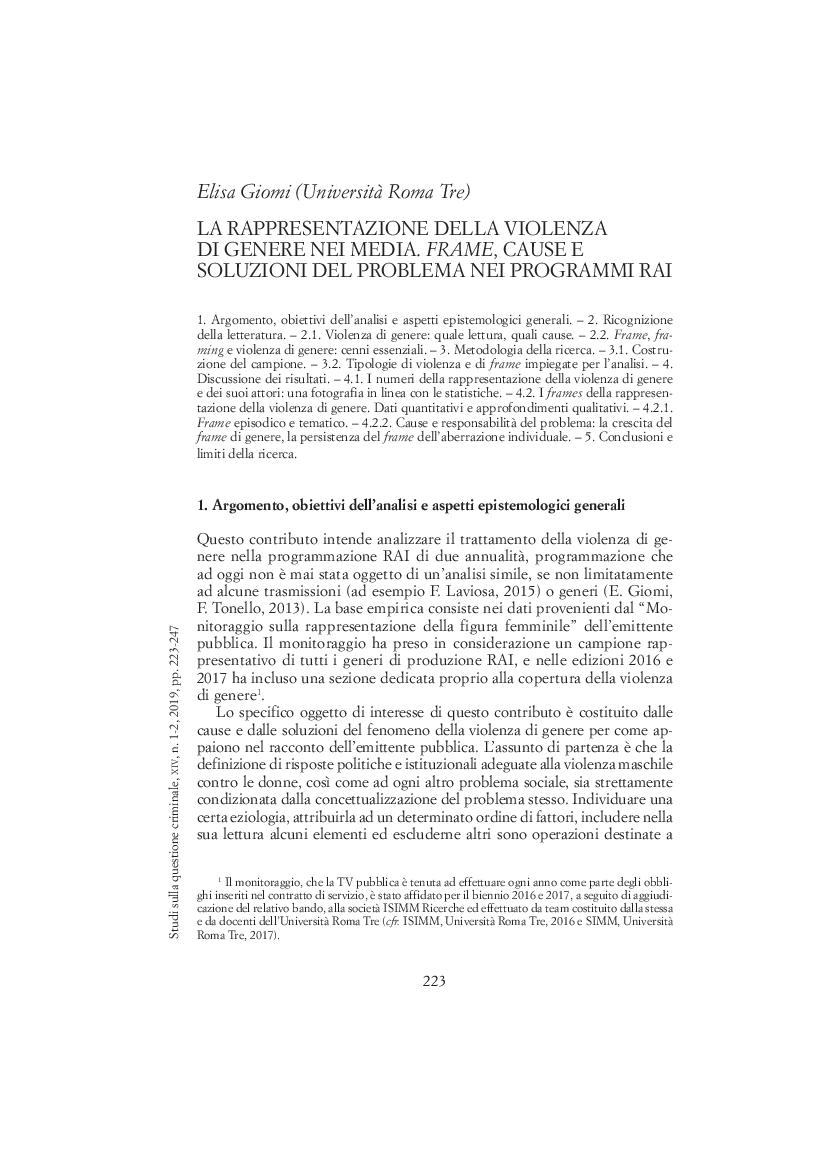