Taking the lead from the publication of the 2020 UNCTAD Trade and Development Report, the paper reflects on two issues arising from it: a) the need to invest in organisational change alongside investment in physical and digital infrastructure; and b) the increased interconnections and interdependence between countries since WWII. The current interconnections are due to economic exchanges as well as to environmental problems caused by climate change and health problems arising from the ongoing Covid-19 pandemic. The paper highlights the multiplying effects of interaction between these three areas of interdependencies: economic, environmental, and health. Section 4 discusses the key role of transnational corporations (TNCs) in the interconnections and interdependence of countries. It considers their role in integration between countries, as well as their fragmentation role towards labour, suppliers, and governments. Section 5 discusses multilateralism and, specifically, the need for a new type of multilateralism to take on board the new reality of the XXI century; a reality that encompasses the transnational corporations, among which the digital TNCs have a key role. 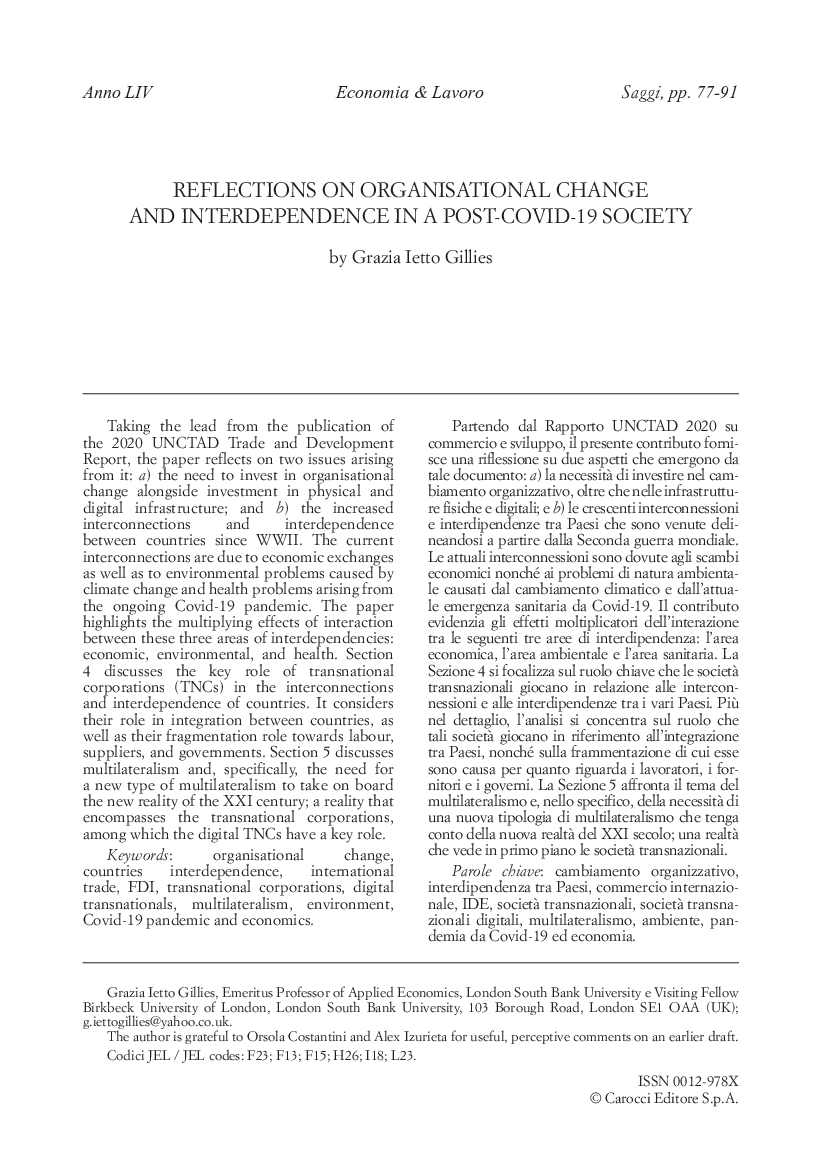