This article revisits the debates on Sweden’s possible contribution to the international developmental debates as an exemplary neutral, a developmental model, and an aid donor. While these debates exemplify diplomatic elements and activities, understood metaphorically as the art of negotiating conflicting interests, they also fed into, and informed Swedish positions vis-à-vis the emerging Global South, diplomatic outreach, and foreign policy initiatives on the part of successive Swedish Governments from the 1950s to the 1970s. As such, these positions have only rarely directly impacted upon actual Swedish policy behaviour. But they have over time aggregated into a widely shared and oftcited understanding of Sweden as “the darling of the Third Worldµ. This article seeks to trace the origins, motives, and main themes of this moral diplomacy – directed inwards as well as outwards. 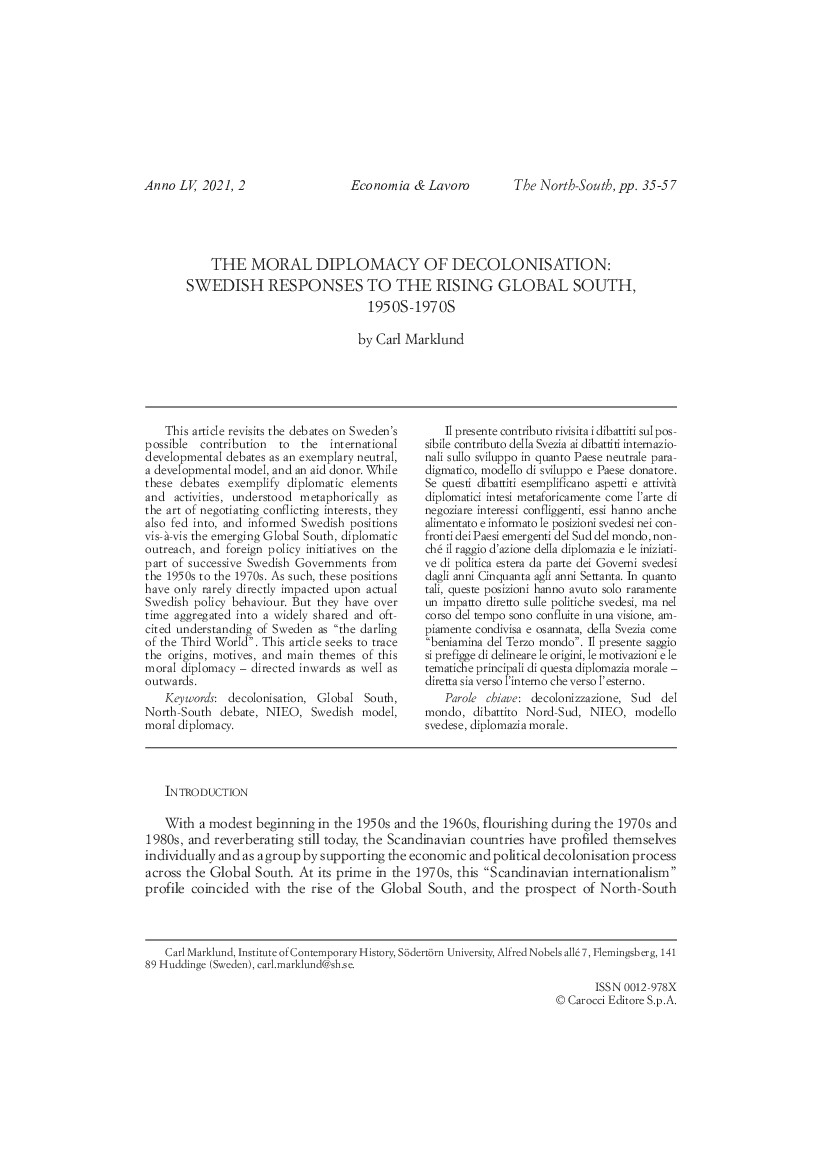