This article takes as starting point a volume of essays, L'annuario del lavoro 2011 (2011 Labour Yearbook), offering critical analysis of Italy's system of industrial relations and its developments in the course of the year. In his comment the author dwells in particular on the most outstanding events of the year: the separate agreements arrived at in the fiat factories; the inter-union agreement of 28 June 2011; art. 8 of the decree law of 13 August 2011 which, on the one hand, overturns the collective bargaining structure while, on the other hand, providing for possible revision of art. 18 of the Workers' Statute, and, in conclusion, the final signing up of the agreement of 28 June on September 21, 2012. In many respects these events, contradictory as they are, are signs of a regression under way in the field of industrial relations with disturbing social implications. 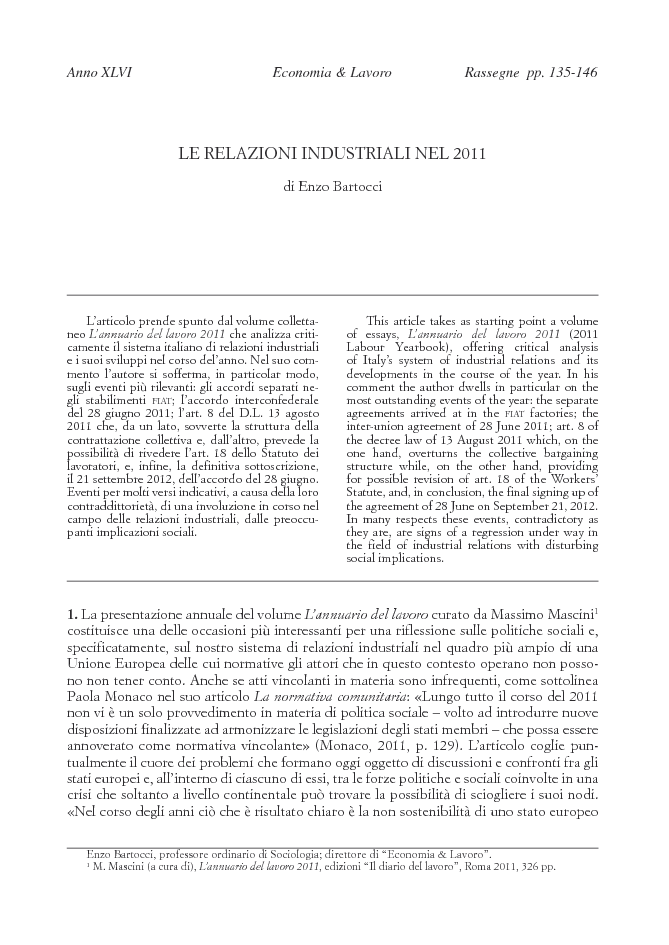