The main objective of this article is twofold: firstly, to identify the major transformations of the Swedish Welfare State focusing principally on the structural reforms initiated during the last two decades and their impact on economic development, the distribution of social welfare and on income inequalities. Secondly, to explore the role of the Swedish Welfare State in mitigating the negative impact of the 2008 Great Recession. The early fiscal consolidation measures and the structural reforms undertaken since the second half of the 1990s have without doubt contributed to securing the long-term sustainability of the Swedish social protection system and fostering more healthy public finances. However, the "Swedish success story" during the last recession cannot only be reduced to early fiscal consolidation measures and structural reforms. It is clear that the automatic stabilisers embedded in the Swedish Welfare State, the counter-cyclical macroeconomic policy conducted by the Swedish government and a developed social dialogue have all contributed to alleviating the negative impacts of the 2008-crisis on employment, welfare and social exclusion. The Swedish experience illustrates above all the resilience, the longterm viability and the success of a societal model based on an universal and generous social protection system, egalitarianism, proactive policies for promoting gender equality and fighting against social exclusion, and a strong public and political involvement in the provision of a wide range of services. 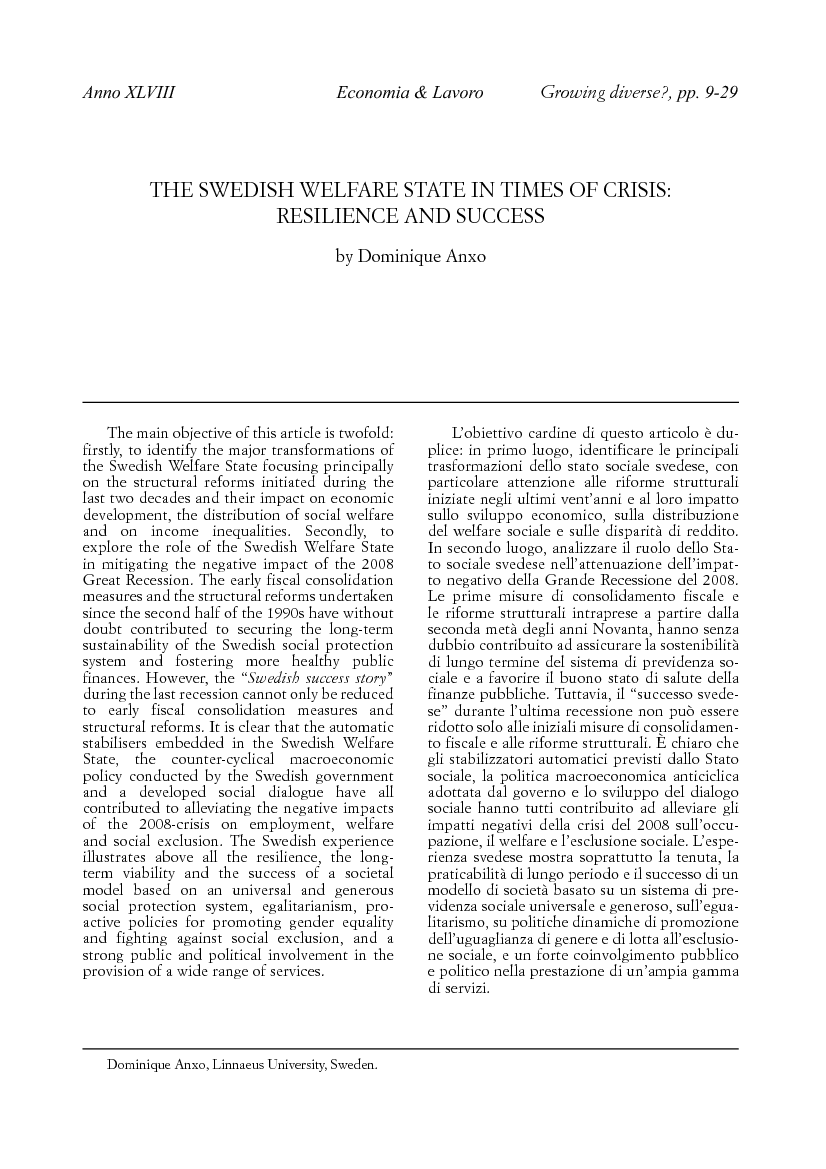