The aim of this essay is twofold. First of all, we will try to describe the relationship, if any, between the wage bargaining system and productivity performances, through both a comparison at European level and a focus on Italy. A considerable part of scholars hold that, in general terms, variable pay, in its different forms of wage incentives, bonuses, performance and piecework remunerations, has a positive impact on productivity performances. However, the empirical evidence seems to reject this statement. In our study we maintain that the forms of variable pay referred to above are less common in those countries with the highest productivity levels in Europe; on the other hand, in Central and Eastern European countries, the forms of variable pay seem to be used as a lever to raise overall wage levels, which are relatively lower. In particular, in the Italian case, where these forms of variable pay are relatively more widespread than in the rest of Europe, productivity performances have shown a particularly negative trend, especially in the last two decades. From this starting point we draw up our proposal - and this is the second aim of this essay - for a second-level bargaining framework agreement that sets ex ante productivity targets to which the forms of variable pay should be bound, along the lines of other similar proposals (Fadda, 2009; Ciccarone, 2009; Messori, 2012; Antonioli, Pini, 2013). 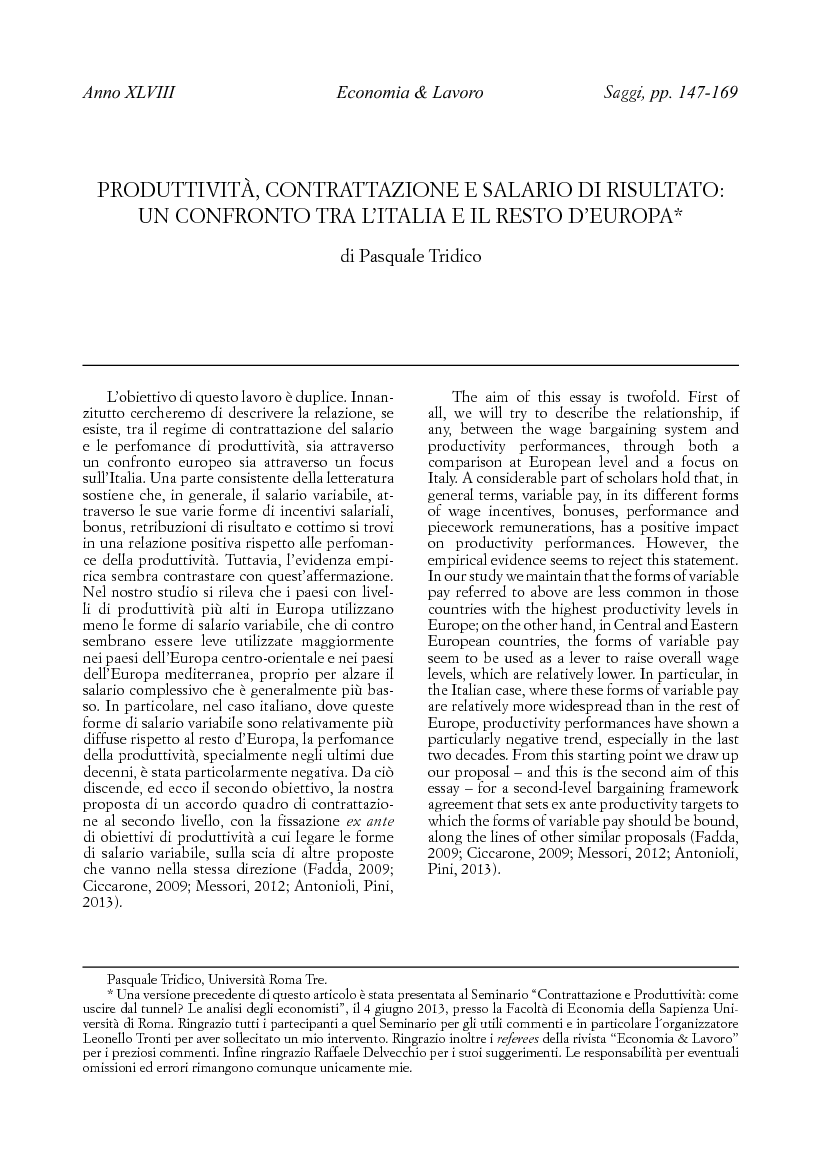