The strong migration wave, which affected many economies of Western Europe from the end of the last century, have placed many destination countries, hitherto characterized by positive rates of emigration, in the face of new challenges for the integration of immigrants. Many studies have been done on the process of economic and social integration of immigrants in countries historically of destination, like the United States, Canada and the uk, while, given also the scarcity of data, relatively few studies have been carried out for new immigration countries, among which Italy, Spain, Portugal and Ireland. This paper aims to fill this gap in part by analyzing the degree of integration of the second generation of adolescents in the eu15 countries and in those OECD old immigration and comparing their results with those of adolescents native and first generation. This work widens the knowledge with respect to current literature on migrants' integration especially thanks to the wider geographic area mail analyzed, but also for the database employed. We used the results of the PISA test in 2009 that, although they have already been exploited for similar studies, have never been used for a comparative analysis of all EU15 countries. In this study we investigated the role that socioeconomic-capital of origin families of second generation immigrants adolescents have in the integration process. The results obtained, in line with most of the literature, show that, even though with different nuances, the role of family socio-economic background is able to influence the process of integration of adolescents through various channels. 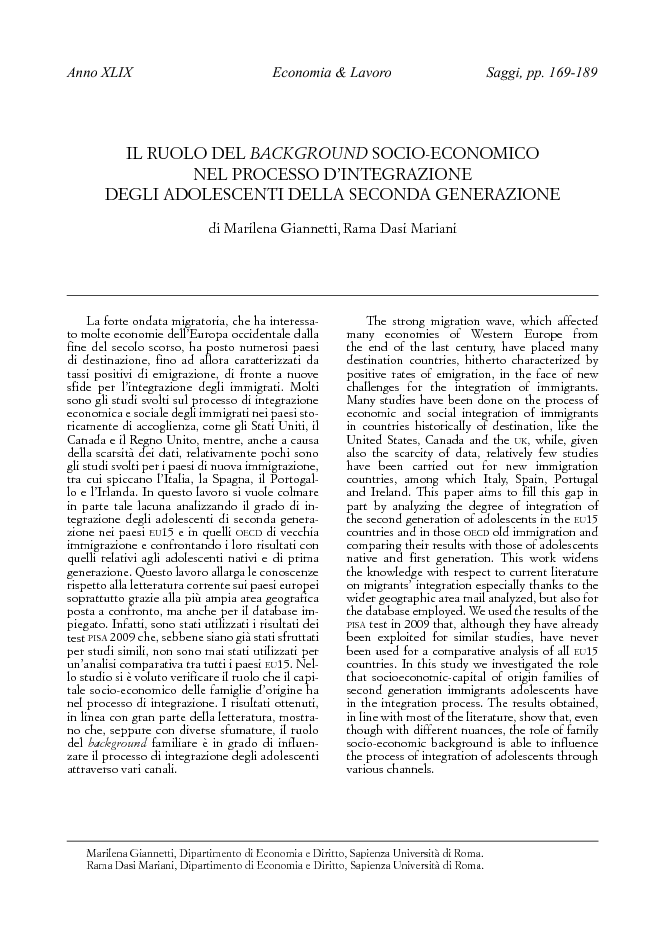