This essay demonstrates the importance of the contributions made to the evolution of the middle class by independently acquired market incomes, the redistribution of incomes resulting from transfers and taxation, and the changing patterns of household formation as reflected by the equivalisation of incomes. The consequent reallocation of households over the classes (poor, middle, and rich) is measured by the changes in gross incomes of the shifting households. This shows that the direct share of the middle class in market incomes is small and has shrunk significantly - to the advantage of the rich class, which has expanded strongly. This is due to the upward shift of labour earnings, especially of two-earner households. However, taxation and the equivalisation of incomes largely neutralise the decline of the middle class. An important implication is that many two-earner households obtain rich earnings in the labour market initially, mostly by combining middle-class jobs, but they can afford only a middle-class lifestyle. 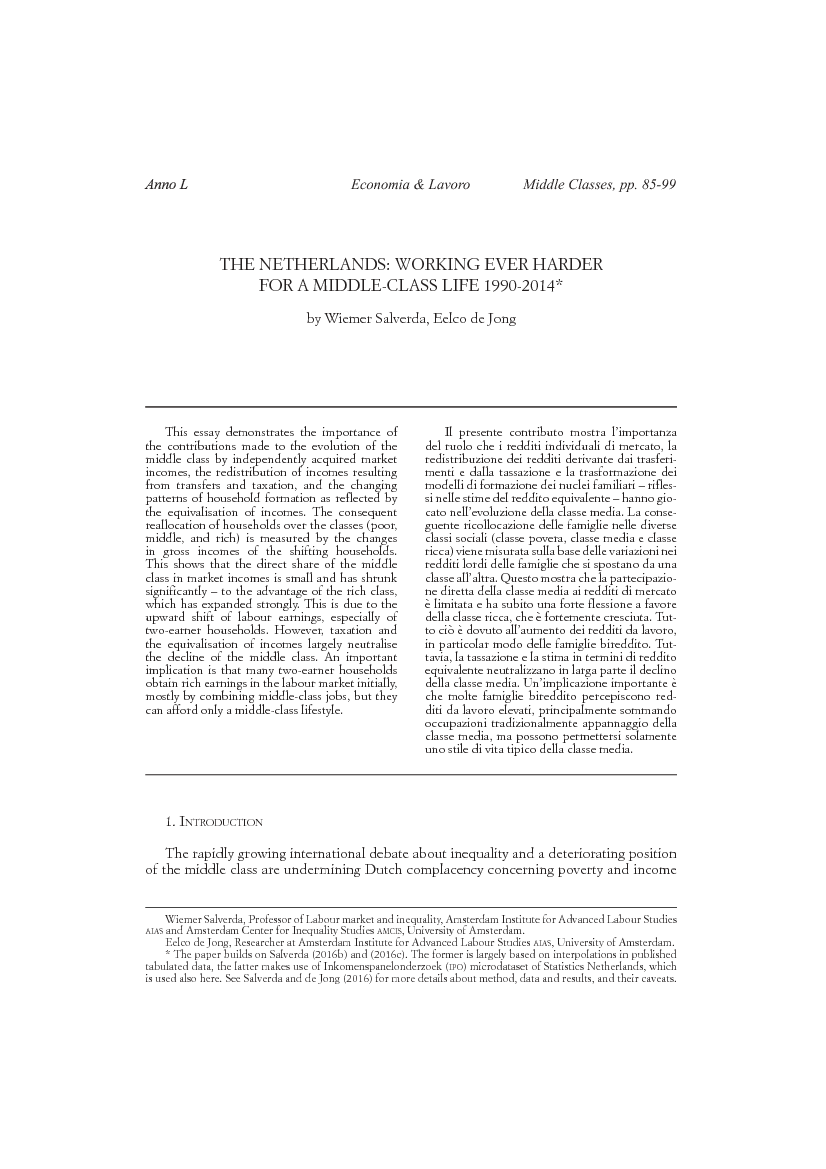