The Long-Term Care Insurance Programme (LTCIP) for Israel's elderly was introduced in 1988. It is the main public programme directed at those past retirement who live in the community and are dependent on others for daily living activities. LTCIP offers several services, mainly homecare help, to the frail elderly based on dependency and income tests. The programme is administered and financed by the National Insurance Institute of Israel (NII) and services are delivered, for almost all beneficiaries, by for-profit and not-for-profit service providers. The number of beneficiaries and expenditure on benefits have grown dramatically since the programme was introduced. In 2015, a monthly average of almost 161,000 were entitled to benefits, about 16.5% of the elderly, and public spending was about NIS 5.5 billion (about 1.25 billion). While many elderly individuals receive the benefits, their value to the more dependent is rather limited when compared to their needs. In recent years, various legal amendments and other policy changes have been introduced in LTCIP. The shifts in LTCIP rules can be related to the economic environment and availability of public resources. In the early 2000s cuts were introduced, as in most programmes administered by NII, due to severe economic crisis. In recent years, shifts broadening access and eligibility have been introduced. The global economic crisis of 2008- 2009, which had little impact on Israel, was used to advance a change in LTCIP benefits to encourage the employment of Israeli, rather than foreign, paid caregivers. Changes expanding eligibility for LTCIP are related to relatively high public support for the programme and institutional causes linked to some features of the programme itself. 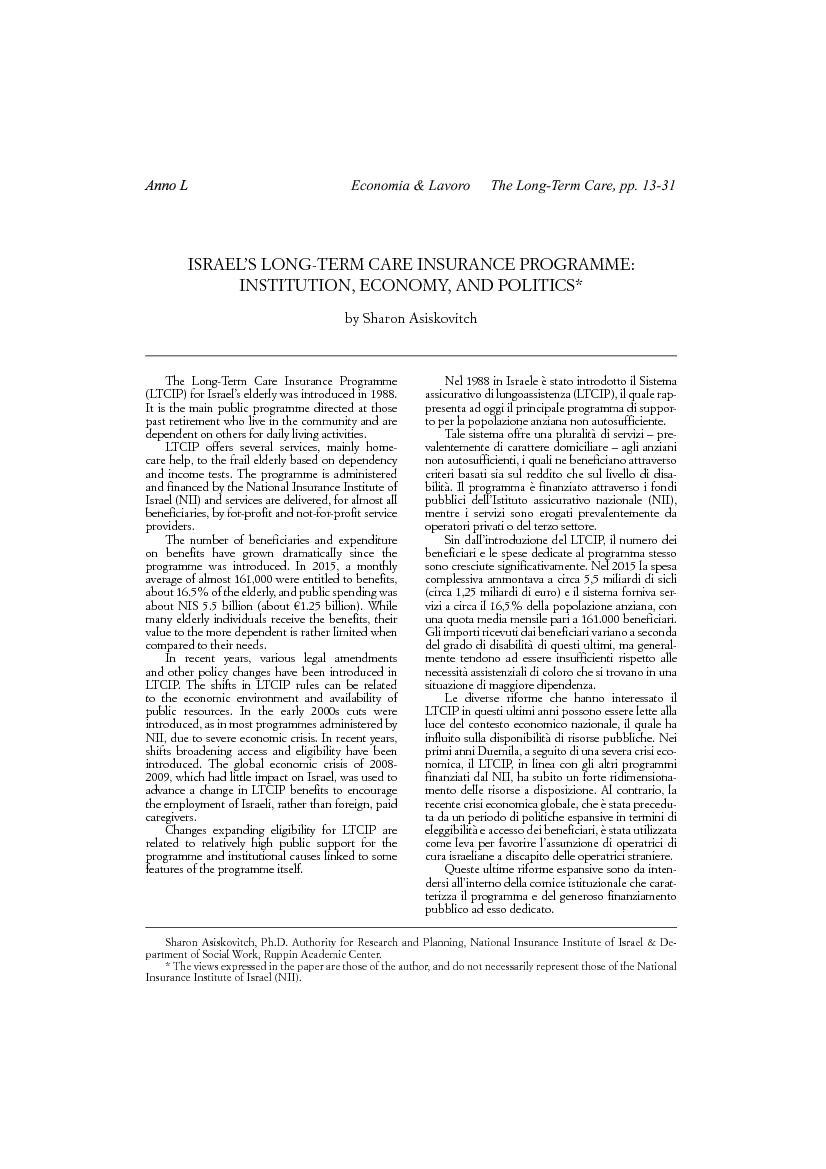