This paper analyses the feasibility of introducing a European Unemployment Benefit Scheme (EUBS), which would work as an insurance mechanism against the risks of asymmetrical shocks among countries. The implementation of the EUBS presents a number of difficulties. It is necessary, first of all, to analyse the legal compatibility between the EU treaties and a form of the EUBS. Moreover, it is useful to explore the possible coexistence of the EUBS with the benefits of the national (in this case Italian) social security system, which provides for the involuntarily unemployed. After analysing these problems, it is crucial to analyse the administrative management of the system as part of a European multi-level governance, in a context in which the Open Method of Coordination (OMC) is to this day problematic, and in which there is no harmonisation among social protection systems. It is also interesting to analyse the possible link between the EUBS and a European Minimum Income. The question that inspired this paper is as follows: is the EUBS only a good economic stabiliser or could it be inspired by the principle of solidarity between Member States, in a context in which solidarity is overshadowed by the need for economic and financial stability in the Union? 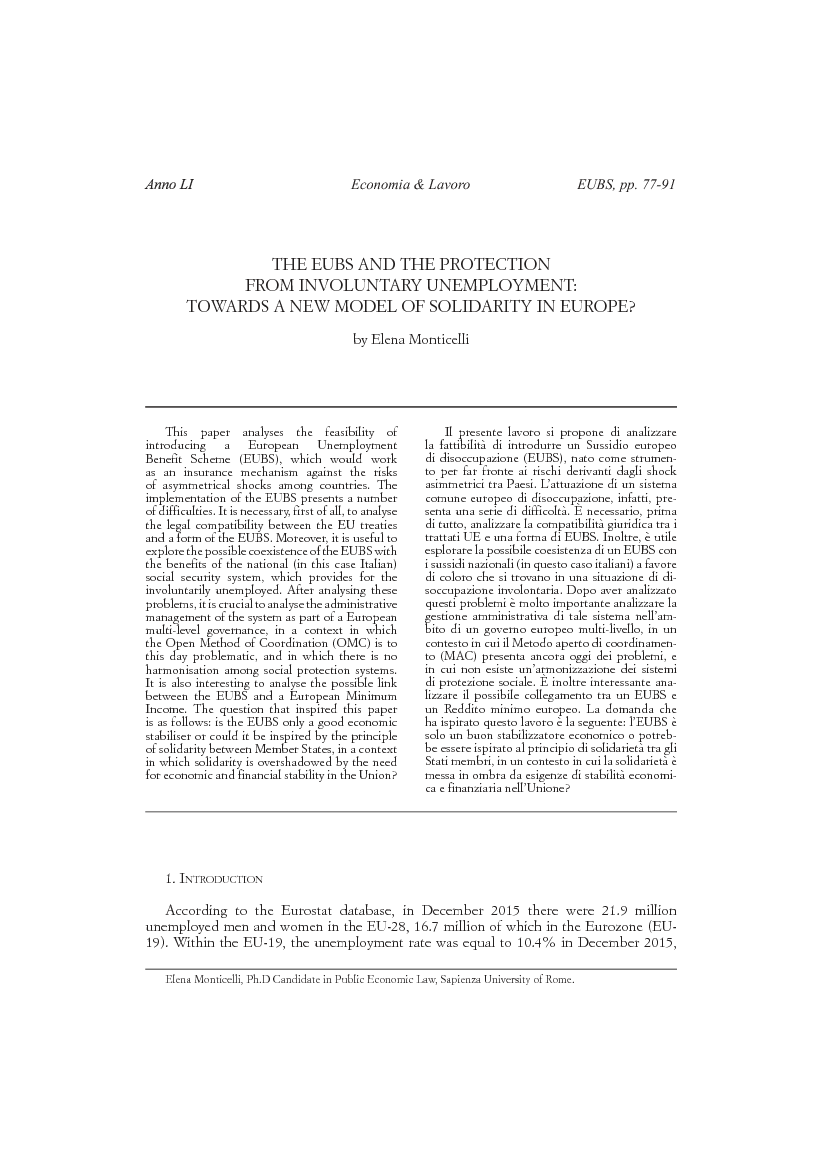