This article analyses the changes in the relationship between trade unions and the political system during the years of the Unitary Federation ("Federazione unitaria"), which brought together Italy's main union confederations (CGIL, CISL, and UIL). During this period, the united unions became more and more autonomous from political parties and were recognised as "political entities". At the same time, new problems and tendencies emerged within left-wing parties. In particular, following the disagreement on the wage indexation mechanism (known as 'sliding wage scale'), the Italian Communist Party adopted a strategy that was less focused on the working class and featured a more generalist orientation, thus heading towards the "catch-all party" model. In the following years, this evolution triggered new tensions in the relationship with unions. 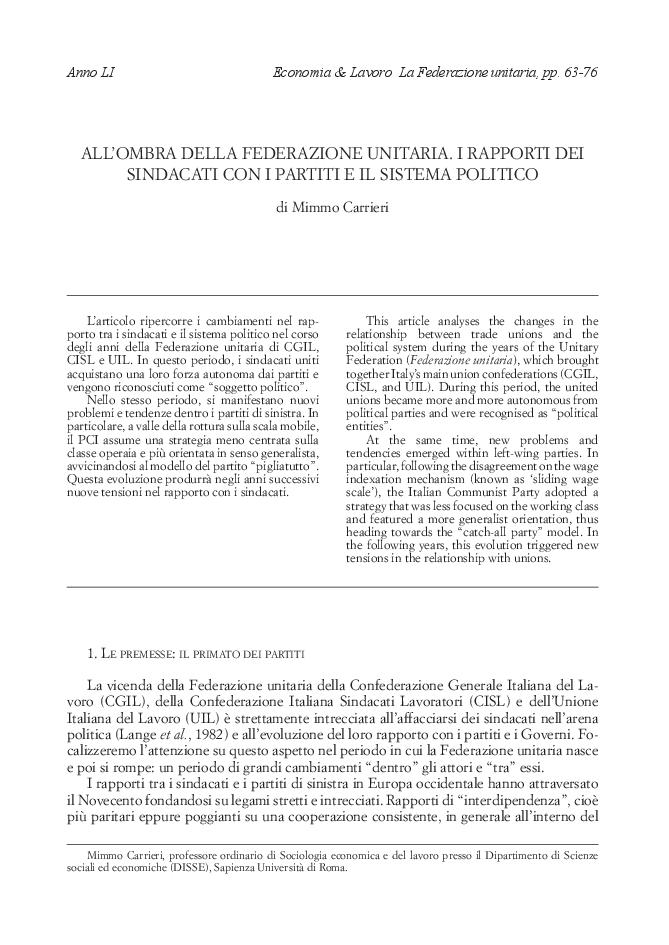