In the expectation of a successful and definitive exit from the recent global crisis, the debate on the long-term programmes of structural reforms in the European Union has gradually revived. It is a widely shared view that the scant economic dynamism characterising a number of member countries in recent decades is largely due to widespread structural weaknesses. However, similarly to the pre-crisis experience, the path of structural reforms continues to appear fraught with difficulties. On the basis of the extensive literature grounded on political economy and public choice approaches, this paper analyses why the decision-making process of structural reforms is usually very difficult even though, at least potentially, they lead to a more efficient allocation of resources and boost long-run growth. Finally, the paper points out how the path of a country's structural reforms may be strongly influenced by political, institutional, and economic factors contributing to the definition of a framework in which policy makers interact with the national community in its various forms, lobbies and, more generally, organised special interest groups. 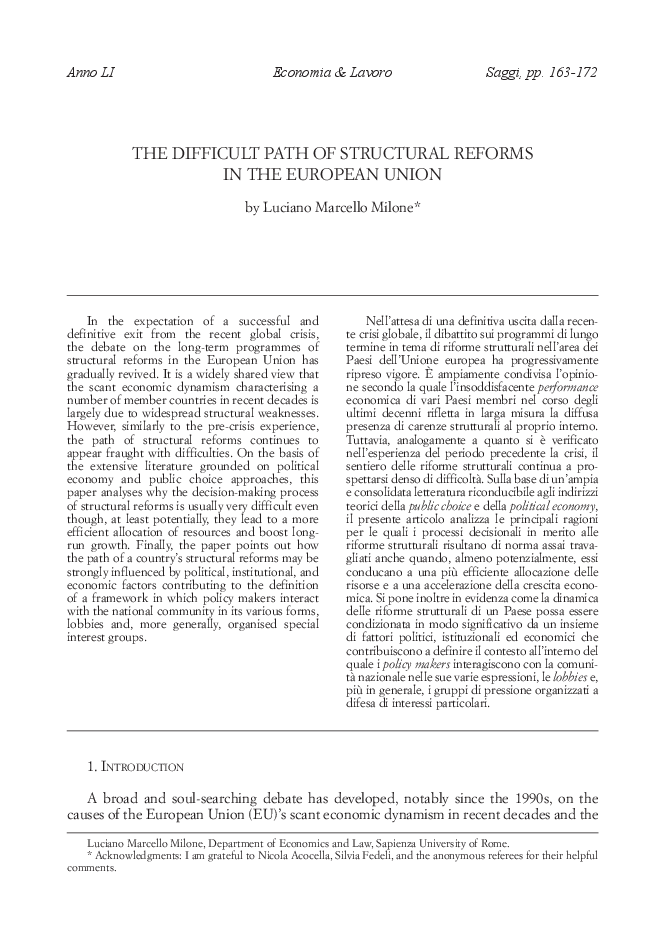