This article analyses the evidence on the flows of subordinate employment in the private sector, occurred in Italy from 2014 to 2016. Its aim is twofold: first, to draw a preliminary assessment of the effects of labour policy measures adopted during 2015, namely the introduction of the new permanent contract ("contratto a tutele crescenti" - i.e. with seniority-based forms of protection) and the exemption from payroll taxes in relation to new hires; second, to derive and discuss the implications for the regulation of employment contracts and, more precisely, for the balance between flexibility and workers' protection. In particular, in the light of the policy goals and the lessons learnt from past experiences, two alternative options are discussed. On the one hand, the maintenance of the new permanent contract, to be supplemented by further measures; on the other, the repeal of such contract. Arguments are offered in favour of the first option. 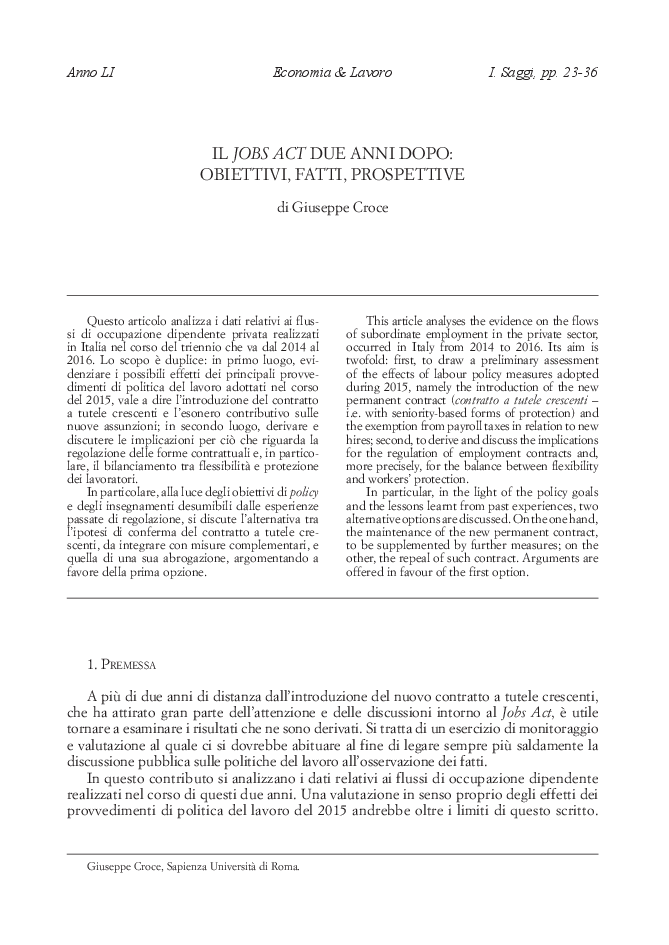