Concerns about the possibility of a long-term stagnation following the 2007 crisis, as well as the negative effects on consumption, of low wages and of precarious employment, have once again led to focusing on Keynesian policies against poverty, including that of the State acting as an Employer of Last Resort (ELR), advanced by Minsky. After briefly summarising Minsky's proposal and roughly calculating the financial resources needed to implement it in Italy, the aim of this paper is to discuss the obstacles that such a proposal may encounter, and the possible measures to be adopted to overcome them. The conclusion that will be drawn is that a mix between Keynesian demand policies, as described by Beveridge, and the ELR system may be the best measure to guarantee full employment, provided that an institutional framework favourable to this goal is set. 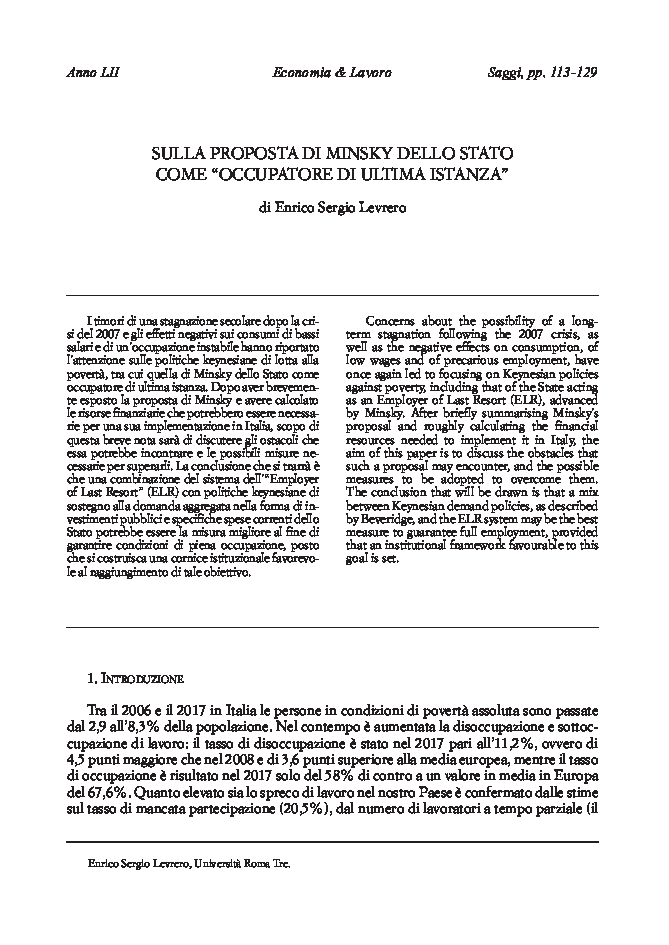