The paper has two main goals. Firstly, we try to establish whether and to what extent 30 years of greater job uncertainty and progressive dismantling of workers' rights in the Eurozone countries affected the functioning of the labour market, and secondly we try to verify whether changes in the institutional paradigm - amending the economic policy - encouraged a virtuous reorientation of national production patterns. To achieve these goals, the paper is divided into two sections: i) a first section specifically devoted to the descriptive analysis of employment protection legislation and the relationship between wages, productivity and income distribution in 1980-2017; and ii) a second section providing an empirical analysis of the impact of employment protection legislation on employment and productivity trends respectively in 1990-2013 and in 1999-2013, as well as of the role played by wages in unwinding peripheral countries' trade imbalances in 2009- 2015. The analysis shows that the reduction of employment protection has not triggered a definite and unequivocal impact on employment; it has instead led to an increase in the share of temporary workers and - in accordance with the Kaldorian-Classical approach - to a dangerous downward trend in wages, aggregate demand and labour productivity, seriously limiting the chances for innovation and technological restructuring. Finally, we verify how the rebalancing of external accounts in "peripheral" countries was mediated by wage moderation and the destruction of domestic demand, rather than by renewed competitiveness on international markets. 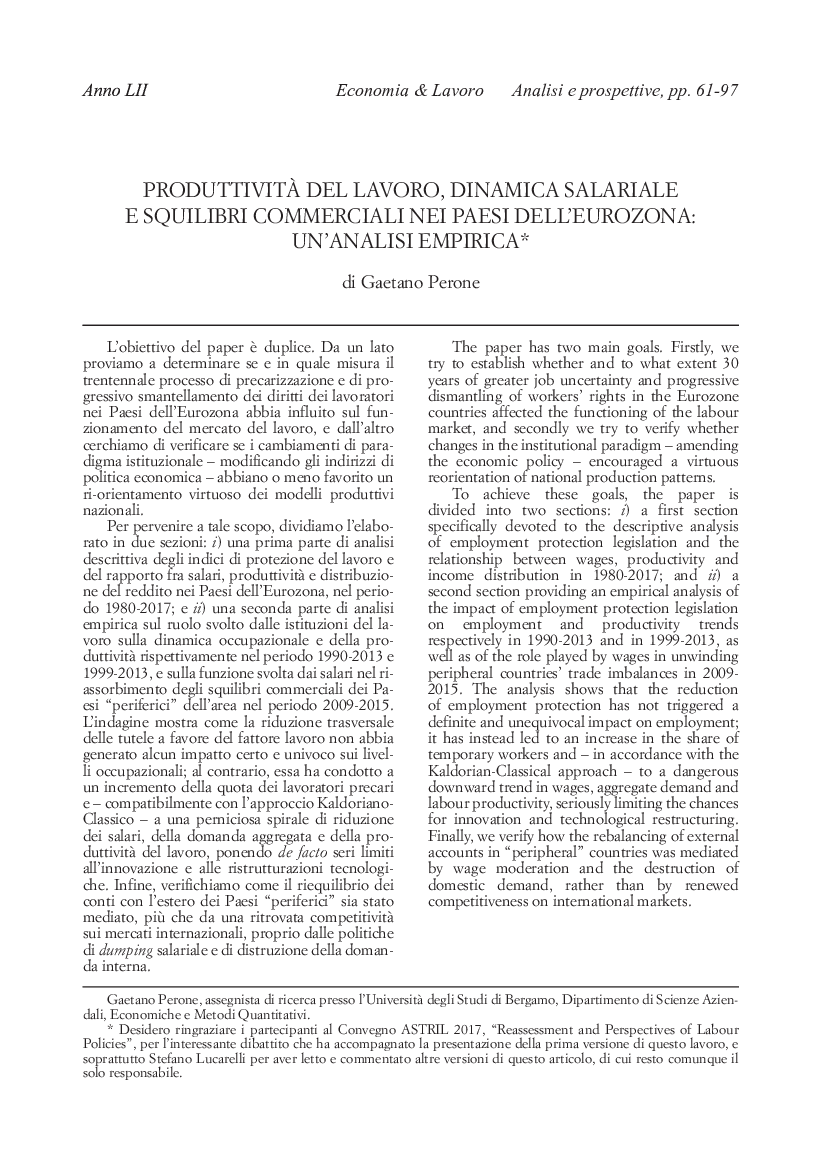