The paper examines the support provided by Modigliani to the policies carried out in Italy through the dismantling of the full indexation of wages ("scala mobile") and, more generally, Tarantelli's policy project - centred on programmed inflation, social dialogue, wage moderation, and political exchange. After recalling the depth of the human and scientific relation between the two economists, the paper summarises the "Tarantelli Proposal" and highlights its theoretical foundations, focusing attention on nominal wages and the reformulation of the Phillips curve, as proposed by Modigliani and Tarantelli. It subsequently analyses Modigliani's scientific contribution to the proposal, which can be identified especially in the theory of price formation and in the role played by expectations in shaping effective inflation, highlighting the analytical strength it guarantees to the need of price moderation and predetermined inflation. After stressing Modigliani's relevance today, the paper concludes with a brief discussion of the future of social dialogue in the present European context. 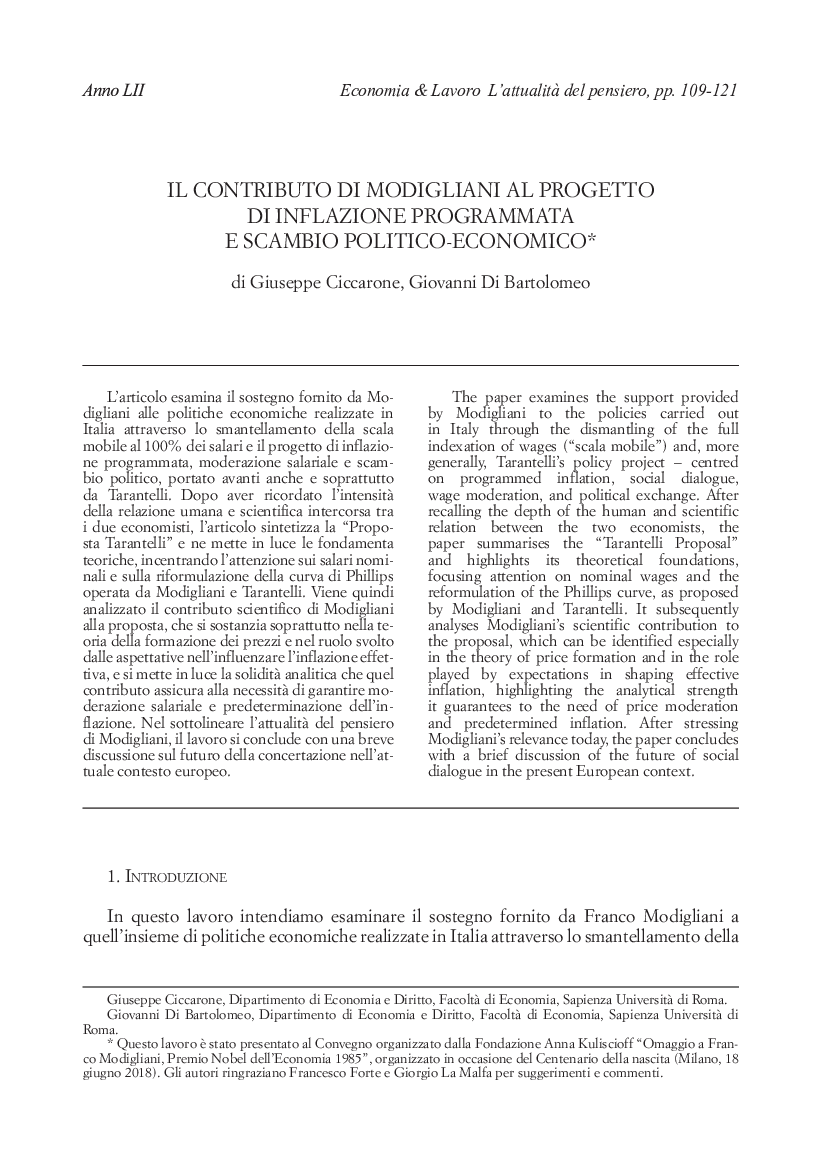