The paper discusses the failure of the Phillips curve in the Italian case, comparing the postcrisis normalisation after 2009 with the previous one of the 1980s. The two failures have different explanatory factors and outcomes. Whereas in the 1980s the internal factors of labour market rigidity play the dominant role, in the later episode international factors, e.g. linked to global value chains and migration, are the decisive ones. We proceed then to test econometrically the relationship, adopting a two-stage estimation procedure. We show that, when introducing suitable indicators of domestic and international factors, the Phillips curve, which at first glance looked fully flat, becomes significant. We conclude by pointing out the need for more detailed investigations, and suggesting that the outcome of the ongoing normalisation cannot be taken for granted. The possibility of giving back a credible anchor to short-term stabilisation policies depends on complex processes of international coordination and cooperation. 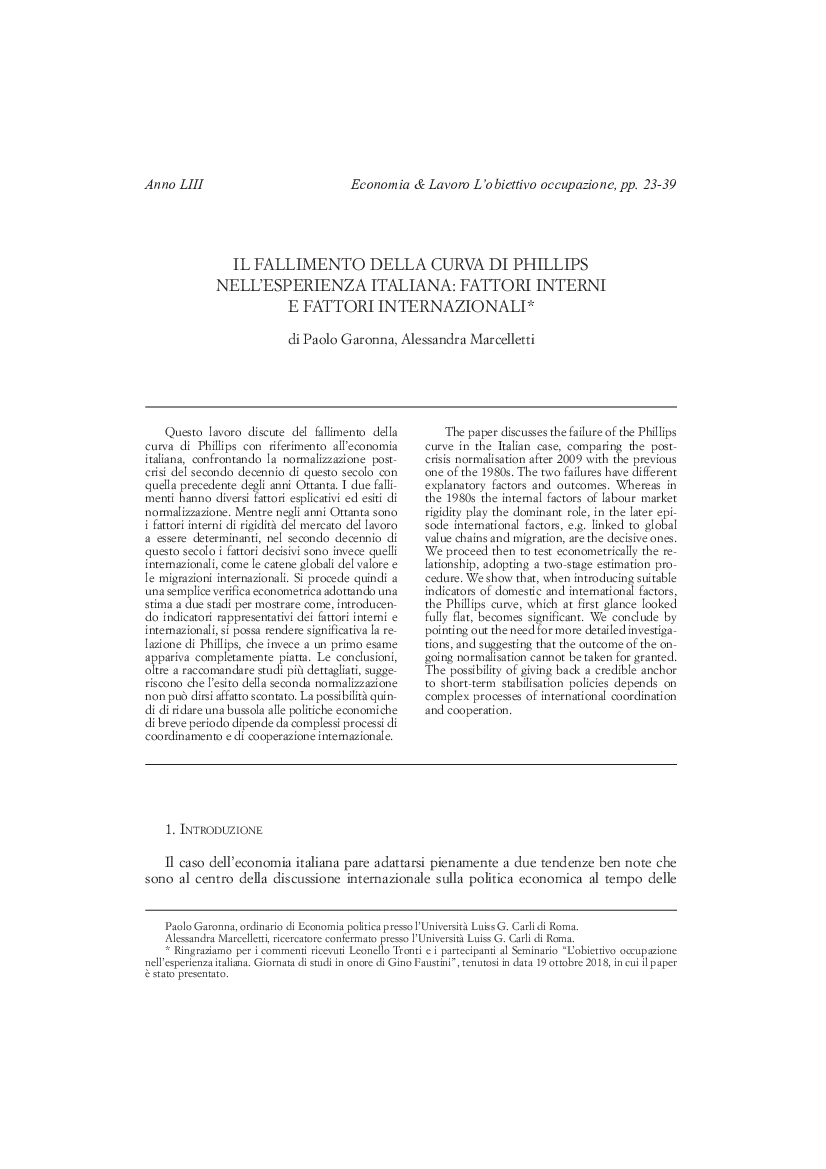