In this review-article we assess the scope and method of the “Palgrave Handbook of Political Economyµ edited by Ivano Cardinale and Roberto Scazzieri in 2018. Recently, there has been a revival of interest, especially in the Anglo-Saxon world, in the object and method of economics, i.e. in political economy in general. The aim of the Handbook, in the editors’ words, is to “transcends the received dichotomy between political economy as an application of rational choice theory or as the study of the causes of societies’ material welfare, outlining a broader field of study that encompasses those traditionsµ. The volume is divided into three parts. The first part (called “Foundationsµ) addresses the areas of social life underlying the provision of material needs through social coordination, be it according to exchangeoriented or to production-oriented theories. The second part (called “Research Themesµ) focuses on the areas of intersection between the polity and the economy, on which political economy has been built. The third part (called “Ways Aheadµ) suggests a rethinking of political economy that tries to bypass the fences of the existing architypes and paradigms, and offers a new “comprehensive political economy frameworkµ. The “Handbookµ has been written by authoritative and influential scholars in their respective field of knowledge. Taken in their unity, the essays of this Handbook of Political Economy represent an original and unique project for studying the conceptual interrelationships between polity and economics. It represents a must-read for academics, researchers, students, politicians, and social scientists in general, looking for a comprehensive reassessment of political economy. 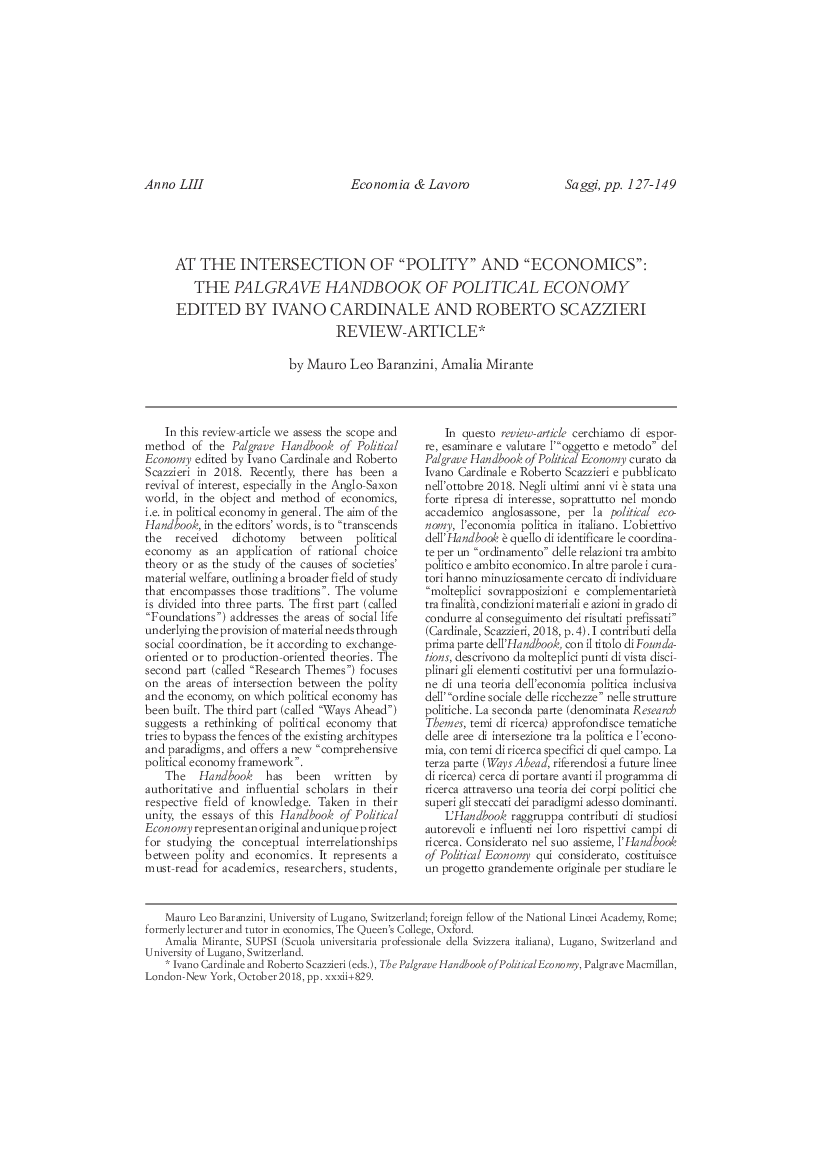