A refugee in Sweden after leaving Nazi Germany in 1933, Meidner became one of the most prominent economists of the Nordic country. Whereas the economic policy model he developed in 1951, together with his colleague Rehn, turned into the “bibleµ of the Swedish model, the Plan for the Establishment of Wage-Earners’ Funds, worked out between 1975 and 1976, polarised Swedish society in a time of widespread radicalisation. It aimed indeed at overturning power relations between labour and capital. The rejection of the Meidner Plan both by the Confederation of Swedish Enterprises and by the Social Democratic Party put an end to a project that represents the only attempt to plan a transitional phase to (democratic) socialism at the core of advanced capitalism. 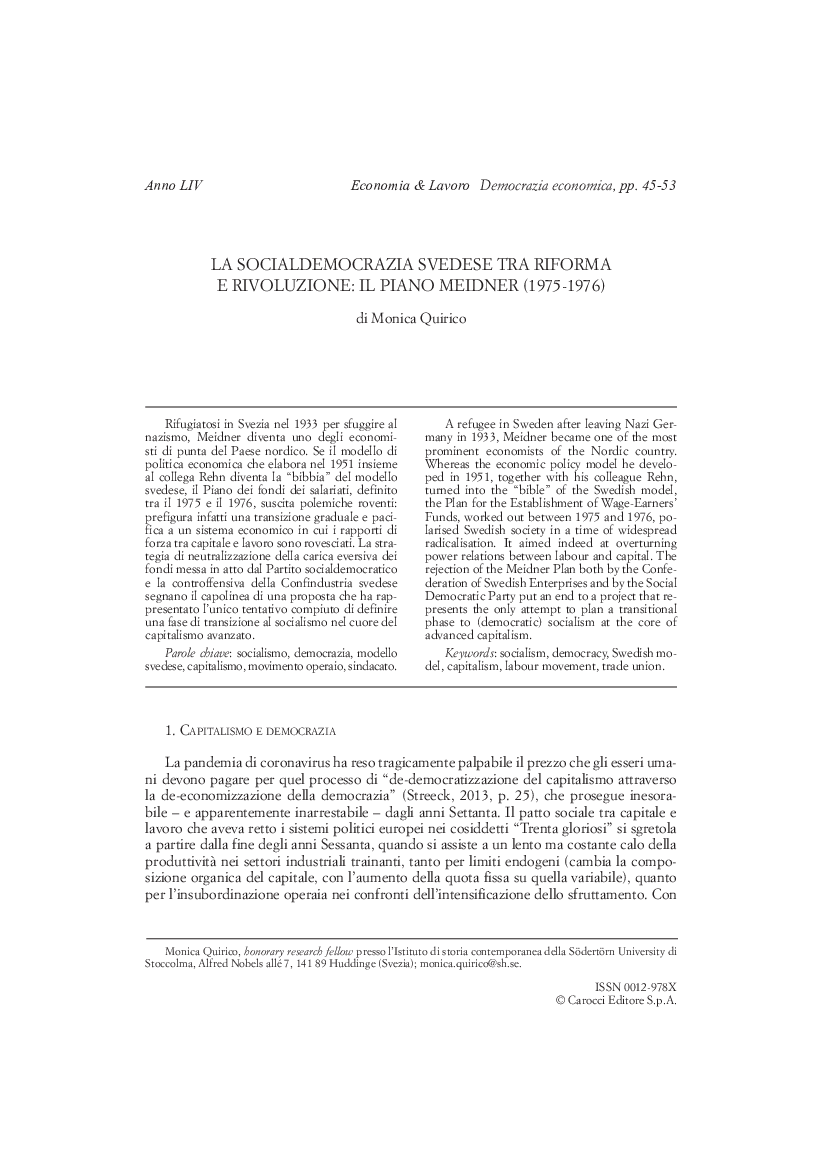