Posev edition (Frankfurt, 1970) of Babi Yar casts light on the devastating effects of censorship in the Brezhnevian era. Having sought refuge in Great Britain, Anatoly Kuznetsov reissued his novel, ﬁrst published in Yunost in 1966, drawing attention to the deleted passages as well as to the later additions. While illuminating the editors-cum-censors’ work, however, this version leaves in the background the textual choices imposed by that ruthless «imaginary censor» (as Danilo Ki¨ called him), the author’s double, who interferes with the text from the very beginning. And it raises big ecdotic issues: can we ascribe to the author all the successive editorial versions subject to both State and imaginary censorship? Similar questions are posed by Jean Genet’s Notre-Dame-des-Fleurs – according to Jean Cocteau «terrible, obscene, unpublishable, inevitable», and therefore apparently destined to a merely clandestine circulation (the 1943 edition in 350 copies). In 1951, though, the novel was reissued by such an eminent publisher as Gallimard in a new, revised version, «censored» by Genet himself: which of the two editions reﬂects ‘the author’s last will’? And, ﬁnally, is it possible to draw a sharp line between coercion and compliance, censorship, and self-censorship? 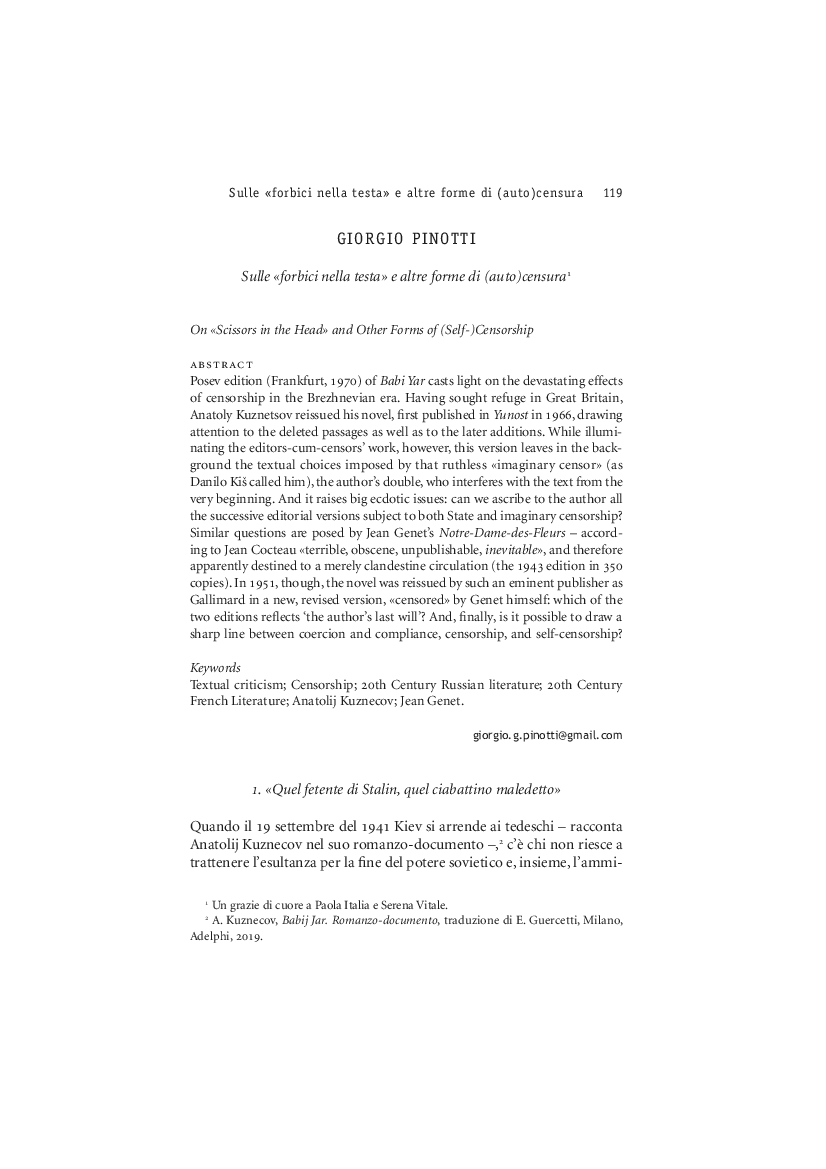