During the Congress of Vienna, the Austrian diplomacy considered the dominion of the Italian peninsula of fundamental importance for establishing Habsburg primacy in continental Europe. It was an ancient aspiration, whichdespite the several defeats suffered by Napoleonthe Habsburg never gave up and they started accomplishing it during the Italian military campaign of 1814. On that occasion, Metternich succeeded convincing Napoleon's stepson, Eugène de Beauharnais, viceroy of the Kingdom of Italy, to open the way to Milan to the Austrian troops. In so doing, he could anticipate his allies, both the British troops led by Lord Bentinck and the king of Naples, Joachim Murat, and thus reestablish Austrian rule in Lombardy. A reappraisal of the political game played during the 1814 military campaign in Northern Italy shows how that conclusion clashed with the Italian hopes for independence and it may explain why the consequences of the Austrian victory were so exacting on the Italian peninsula of the nineteenth-century. 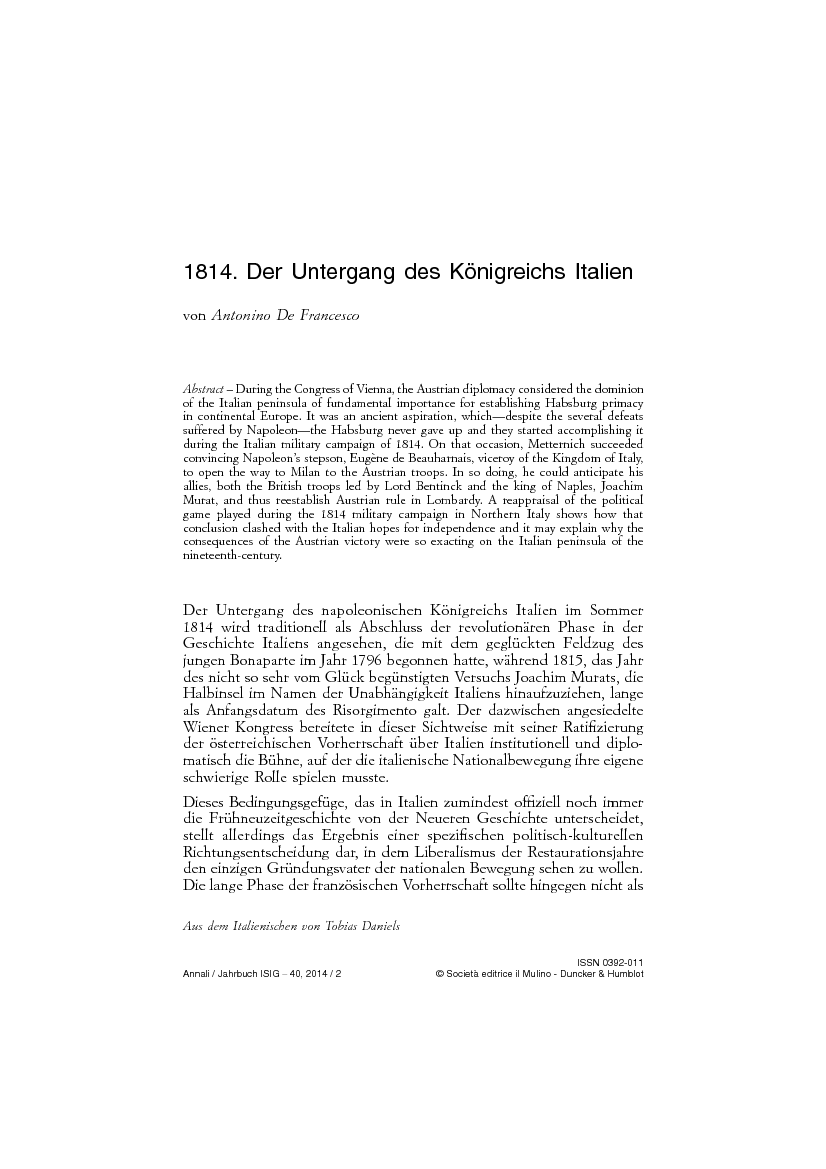