The sixteenth and seventeenth centuries were the era of religious wars in both Europe and Japan. However, in Japan they ended relatively quickly and the country enjoyed lasting peace and religious tolerance; whereas in Europe the wars continued and the continent found it could contain religious wars only through the separation of church and state based on raison d'état. This paper analyzes the correspondence of the Holy Roman Emperor, Leopold I with his adviser the Capuchin friar Marco d'Aviano during the Nine Years War. The decisive point is their understanding of «politics». As a Capuchin, Marco regarded «politics» as an egoistic affair for human beings and not for God. He wanted to touch only the affairs for God, including personnel and diplomatic matters, which in today's understanding are «political». The emperor went along with him. Therefore, there was neither a separation of religion and politics nor national interest in them; it was a kind of theocracy. The key concept of their communication was the Providence of God. It was to be found not in theological doctrine, but in natural events and human dealings, including the alliances of the other confessional powers, by which the Habsburgs could play their diplomacy as if it were «rational». In premodern Japan, these events were also thought to be divine, but the gods were organized under the constitutional system of the Tenno, and his legitimacy in understanding the divine will was the basis of feudal Japan. Therefore, premodern Japanese rulers could not accept monotheistic Christianity because Christ as the creator of nature had to deny this system. 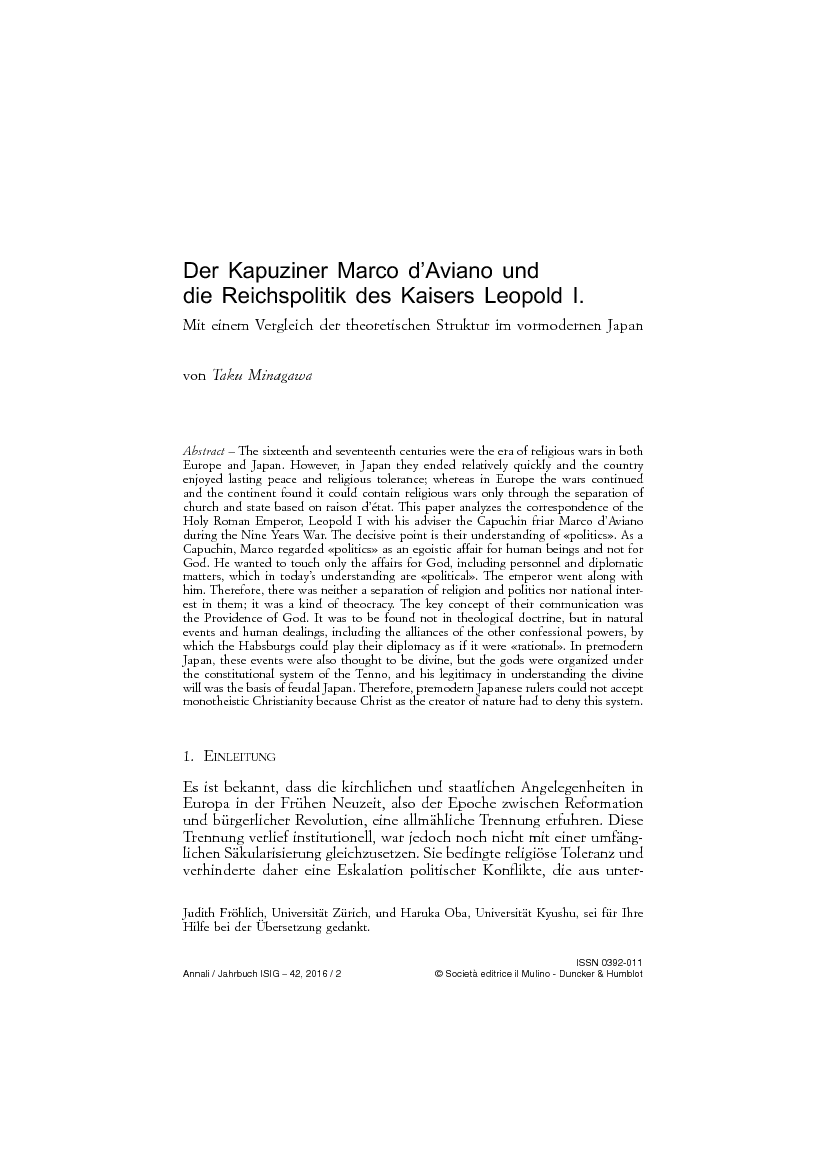