Forms of printed media as they occurred from the end of the fi fteenth century onwards were characterized by communication to an unspecifi c anonymous public as well as by their entrepreneurial attitude. The enormous acceleration in the growth of the media system since the mid seventeenth century, however, was stimulated by politics becoming more and more competitive and fragmented into antagonistic interests and factions. I will argue that the paradigm of printing true, reliable, and neutral observations of events and actions in newspapers and journals, which did not occur before the last third of the eighteenth century, was stimulated by the serial publication of this media. Integration of serial news into a comprehensible story required theories of political process to discern the probable from the improbable. Another origin of truth and reliability in publicity can be found in the New Science, where truth always was contested truth taking into account multiple perspectives of observation by uninvolved eyewitnesses. Reason, therefore, was not an inherent capacity of the media system (as Habermas put it). It was rather a solution by enlightenment criticism to solve a problem posed to society by printed media. 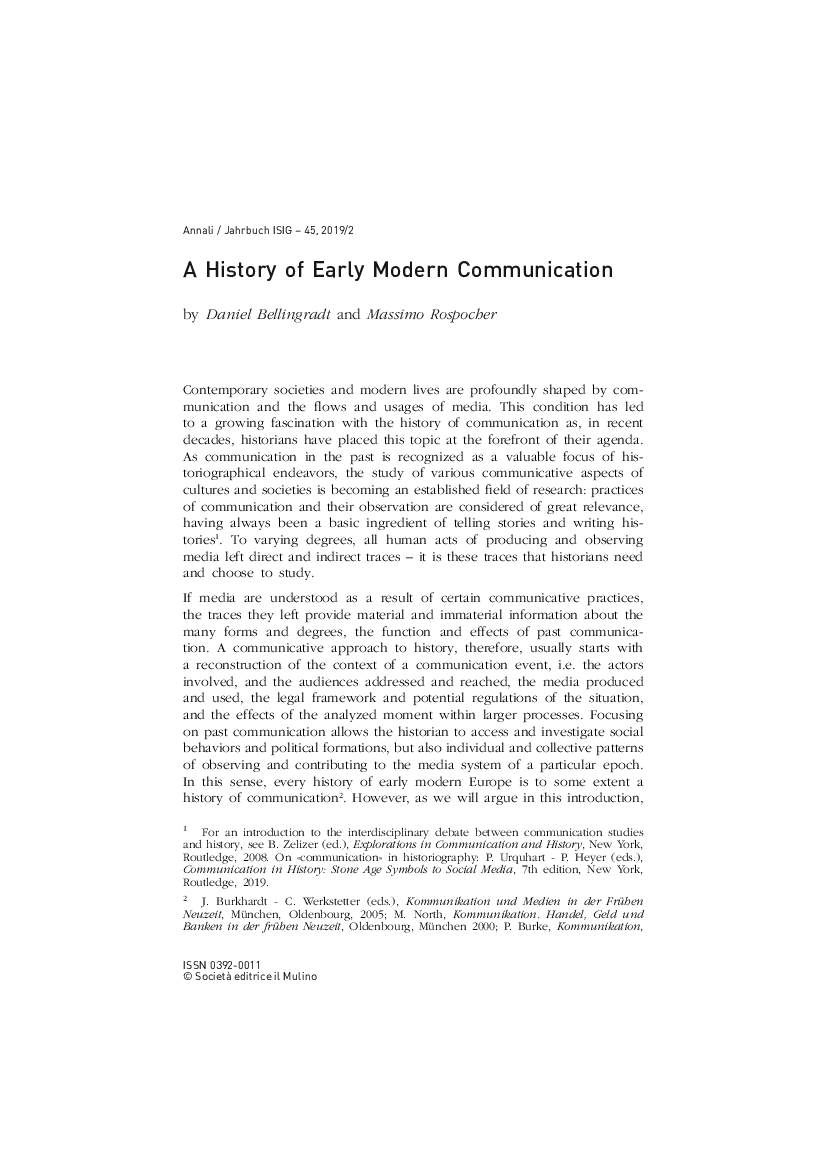