After the indexing and the digitalization of the “Fuggerzeitungenµ and the comparison with other Italian and German collections of handwritten newsletters, this article addresses the question of whether the differences in length, quantitative and qualitative developments over time between news sheets written in German and in Italian at the end of the 16th century can only be ascribed to the language and the geographical origin of the news, or if, through a careful reading, they can shed some light on the audiences of handwritten newsletters in the media landscape of early modern Europe. Following an empirical approach, the article examines the content of a series of “avvisiµ and “Zeitungenµ composed and sent from Central Europe and Italy, in order to overcome the language divide between the Italian and German texts, and propose a distinction in terms of composition of the news, the geographical contexts of their production, and the political and spatial position of their authors. 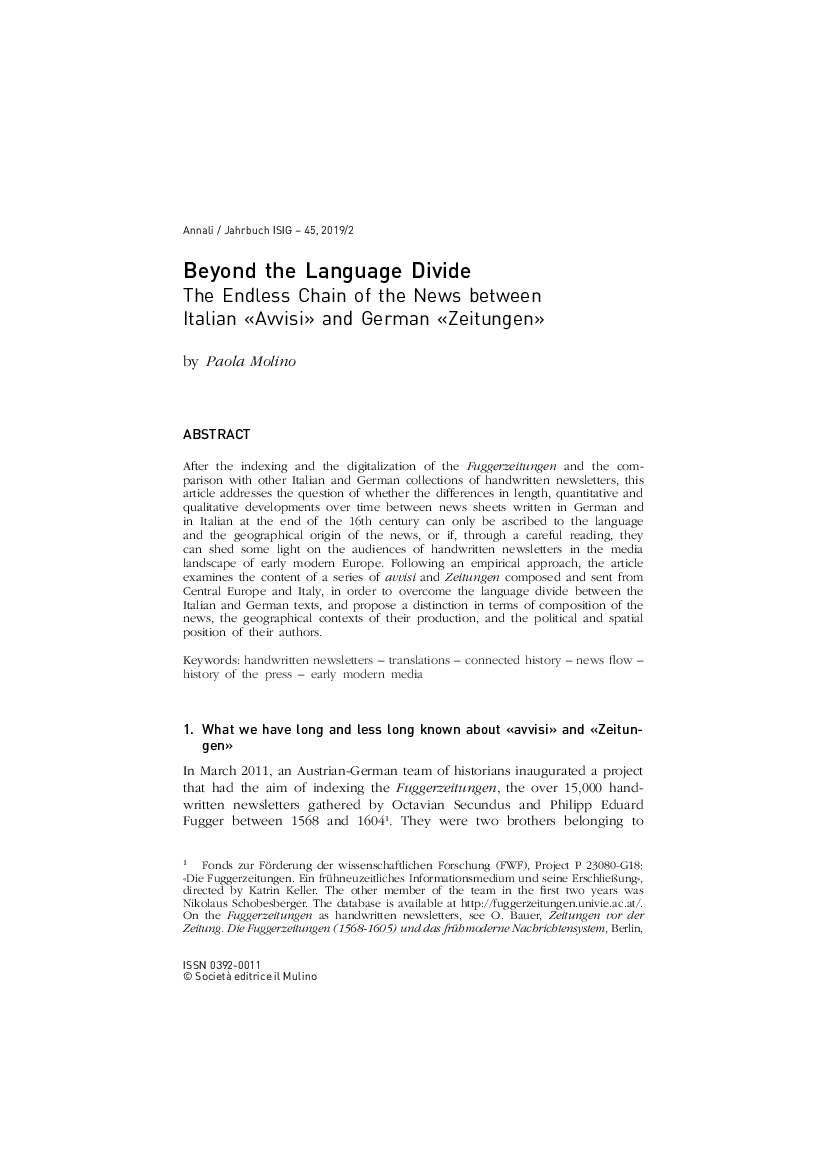