The historical fl ood of late September and early October 1868 is one of the most disastrous ones in the nineteenth century in the Alpine region. Most of southern and eastern Switzerland as well as parts of Piedmont, Lombardy, and the Habsburg territories in northern Italy (the modern provinces of Alto Adige/South Tyrol and Trentino) had been affected. Whereas this event has only been examined in detail for Switzerland, e.g. by a multi-disciplinary study of researchers at the Oeschger Centre for Climate Change Research in Bern for the reason of the 150th anniversary of the fl ood disaster in 2018, a more detailed analysis of the impact and coping strategies in northern Italy is still missing. Following a historiographic approach, this study aims to shed a light on the potential of written and pictorial evidence to reconstruct the event and its consequences for Italy. The paper starts with an overview of interdisciplinary approaches in historical climatology, historical hydrology and historical disaster studies. It then summarizes some main results of the 2018 study for Switzerland, and fi nally it focuses on a rough reconstruction of the situation in northern Italy based on local and supra-regional newspapers such as the «Gazzetta Ticinese», the «Gazzetta Piemontese» (predecessor of «La Stampa»), and the «Bozner Zeitung». Although it is not possible to go into detail with this analysis, this fi rst insight nevertheless shows that not only the Lake Maggiore region and the Ticino valley had been affected, but also large parts of the northern Italian plains, and the Adige/Etsch valley in Alto Adige/Südtirol/South Tyrol and Trentino in particular. 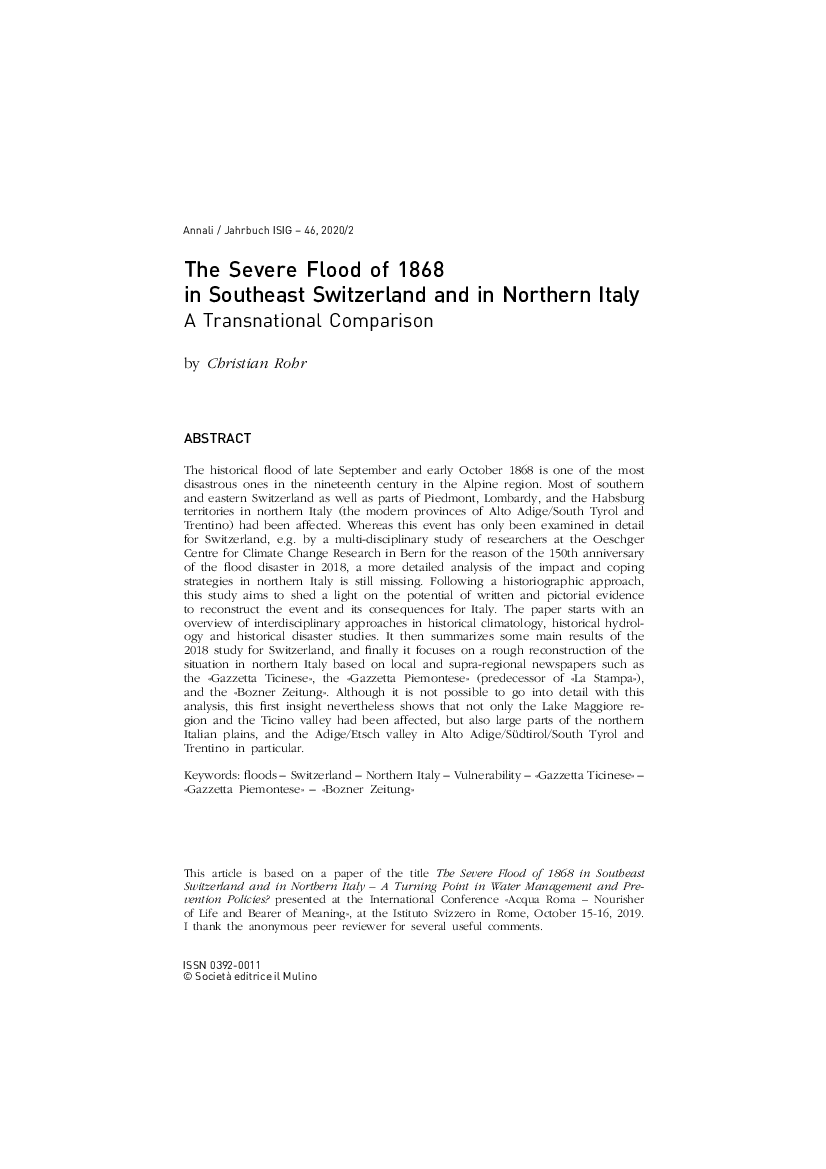