Starting from some recent local news stories, the article discusses Croatia’s ambiguous relationship with its history. Episodes of incitement to violence against Serbs, the rehabilitation or glorification of war criminals, a deeply-rooted tolerance toward nationalist hatred, and a widespread ignorance, especially among the youth, about the country’s complex history, highlight the difficulties, for Croatian society, of building a shared memory of its past and reconciling private and public forms of remembrance. The tendency to distort, conceal, or mythologize the aspects of history that “hurtµ the most, common at all levels of Croatian society, is also widespread in other countries of the former Yugoslavia. There are, however, reasons to hope, as shown by the great popularity, across the whole region, of a video against nationalist hate speech published by an online magazine based in the city of Banja Luka, in Bosnia and Herzegovina. 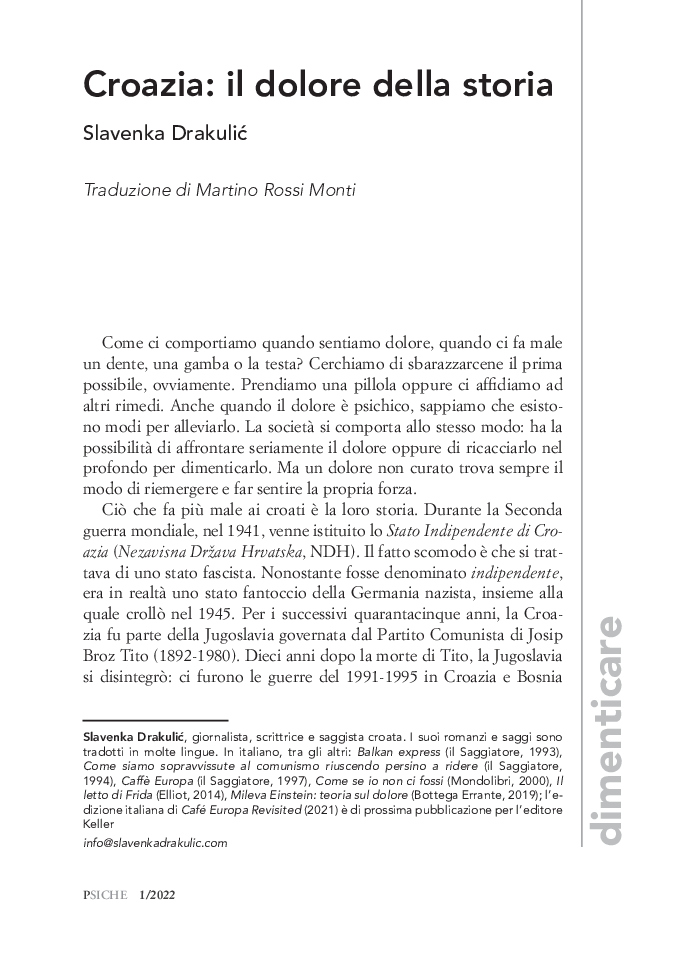