In Italy, in the last twenty years, accusations of sexual abuse of children (sometimes linked to alleged forms of Satanist rituals), have emerged in the public sphere. The recent legal proceedings relating to the «Bibbiano case», and a journalistic inquiry into an Emilian case of the 1990s, have now brought them back to the surface. The analysis of these events leads us to the problem of «moral panic» waves in contemporary society; and raises the question of the role of secrecy in social imaginary. Like the accusations of witchcraft in other historical or anthropological contexts, the accusations of «ritual satanic abuse» build the image of unmentionable acts performed in an occult context of social life, representative of an absolute Evil that creeps into everyday life. Usually evoked on the informal level of rumors and gossip, such images are sometimes supported and elaborated by official and dominant culture: this is what happens in the Italian cases analyzed here, which involve the police, legal institutions, social policies and the expert knowledge of medicine, psychology and trauma studies. 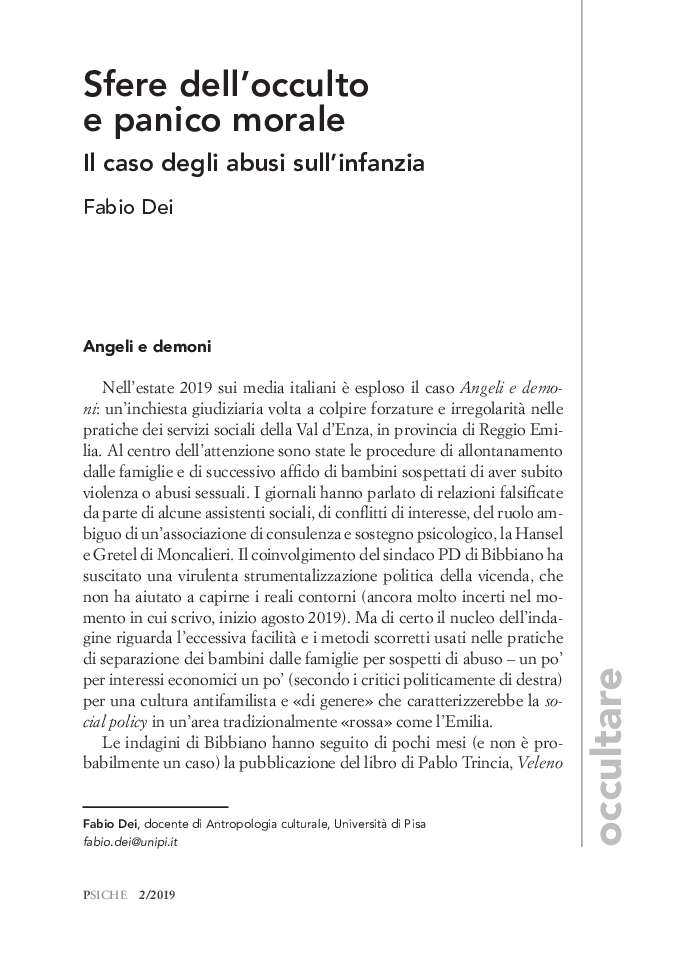