In this work, through the presentation of two clinical vignettes, the hypothesis will be discussed according to which a specific psychic functioning characterized by confusional anxieties, also related to sexuality and gender identity, could be structured from childhood, starting from specific situations of deficit of the crucial functions of mirroring and recognition that the object must perform in order to promote, through its receptivity and permeability, the subjectivating thrusts to which the development of «otherness» is subordinate. In such situations these thrusts are instead harnessed within a bubble of undifferentiation – or alienating differentiation – characterized by an inter-psychic «conjugation» apparently «plural» but actually deeply and secretly «set» on a «We» that leaves no room for the substantial becoming of the Ego. 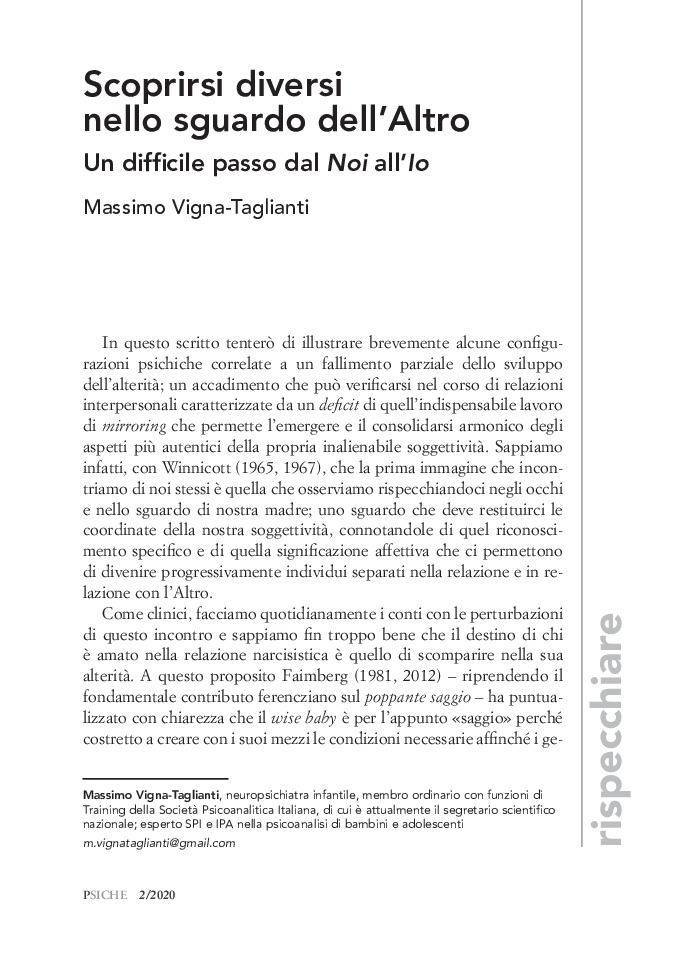