Italy was among the countries that were hit the hardest by the Covid-19 pandemic, which laid bare pre-existing gaps in social protection provision. In such emergency situation, it became essential to protect individuals with poor employment records, and little or no resources, from the likely increase of poverty in a country which was still struggling against the social consequences of the Great Recession. Against this backdrop, this article has two main aims. First, it takes a comparative perspective to both outline the measures adopted in some OECD countries to strengthen anti-poverty safety-in the pandemic and single-out the peculiarities of the Italian policy choices in the field. Second, it provides an in-depth analysis of the Italian case by pointing at two different directions. On the one hand, it reconstructs the policy decisions concerning minimum income benefits which led to the introduction of a residual and temporary scheme such as the Emergency Income, rather than modifying the already existing Citizenship Income. On the other, it unveils the political dynamics underpinning the adoption of the new scheme. It does so by applying a theoretical framework which allows understanding policy changes as result of the political exchanges between socio-political demand – by the main social groups – and political supply – political parties and government. Empirically, the article rests on in-depth qualitative analysis of the political process, including interviews with representatives of governments, parties, trade unions as well as key experts. 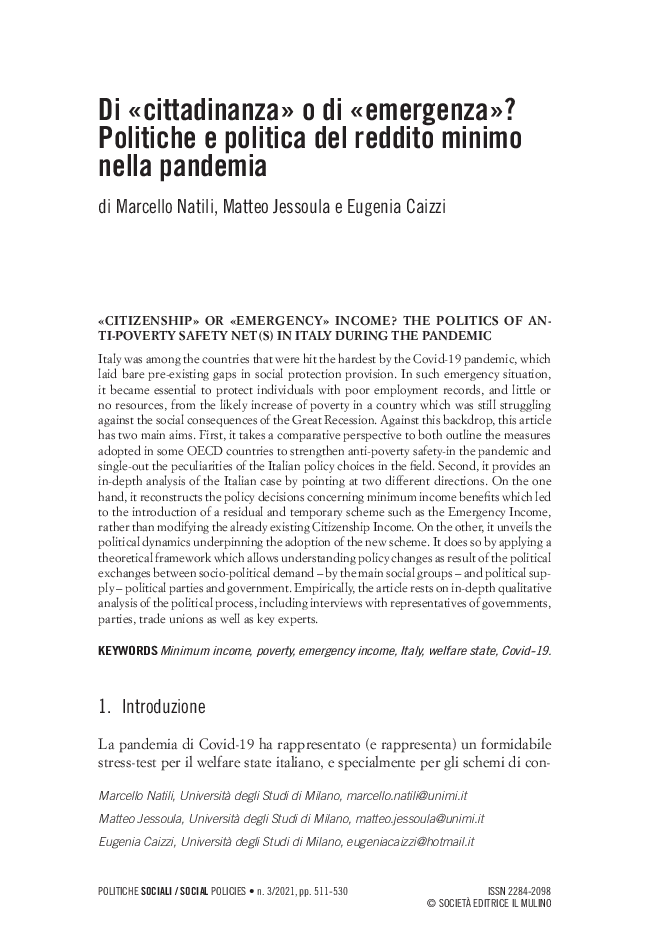