In this paper two opposing visions for Europe are contrasted: one, strategic, based on finding common national interests between European states and the second, universalistic approach, arguing for a European identity which respects the socio-historical diversity of the region and which can serve as a model for other continents. The current dominant strategic orientation, neoliberalism, is leading to a political impasse, creating risks for the future of the European project. The author suggests that to overturn this tendency Europe needs to return to its original vision, to its universalistic approach. For this, one has to pay attention to «fireflies» that have shone through at various stages of European history and point to the survival today of universalistic traces, such as: the primacy of politics over economics; the search of new market order based on Keynes' ideas at Bretton Woods; priority to fundamental human rights over economic freedoms; federalism and democratic deliberation at all levels; reaffirmation of the role of the state in the implementation of collective goals. 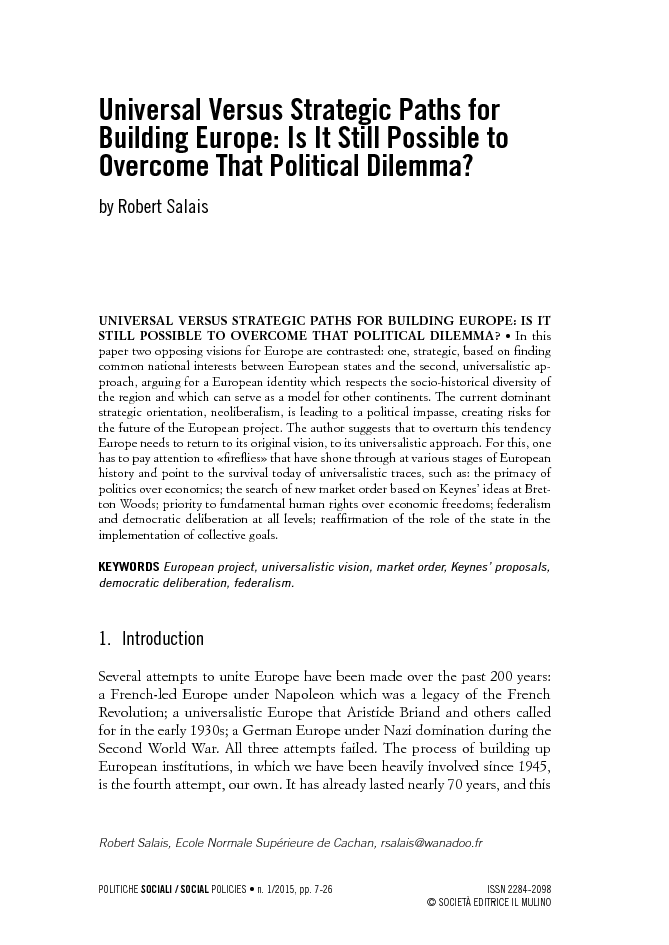