Despite immigration and the so called new social risks are undoubtedly strongly linked, this nexus has been poorly investigated in academic literature both on welfare state and on migration. The goal of this paper is to bridge this gap by disclosing the social inequalities - and therefore the specific social risks - experienced by immigrants in Europe and particularly in Italy. In this respect, working poverty, labour market segregation in low qualified jobs, migrant women's conciliation needs and, in general, the difficult social mobility of second generations come to the fore. In order to find out to what extent public policies take into account the social risks encountered by immigrants, the paper analyses the regional integration policies in eight Italian regions, since they are central actors in the definition of the social policies aimed at dealing with immigrant social vulnerability. The research points out that the social risks associated to the migrant background are poorly recognized and however addressed with an old policy approach, i.e. with measures that on the overall reproduce existing gaps into the Italian welfare system, such as lack of attention for women's conciliation needs and for young generations weak status in the labour market. The result is a situation of "de facto" weaker social protection of immigrants, whose presence in Italy is legitimised qua low qualified and «useful» workers, and far less as mothers and youngsters. 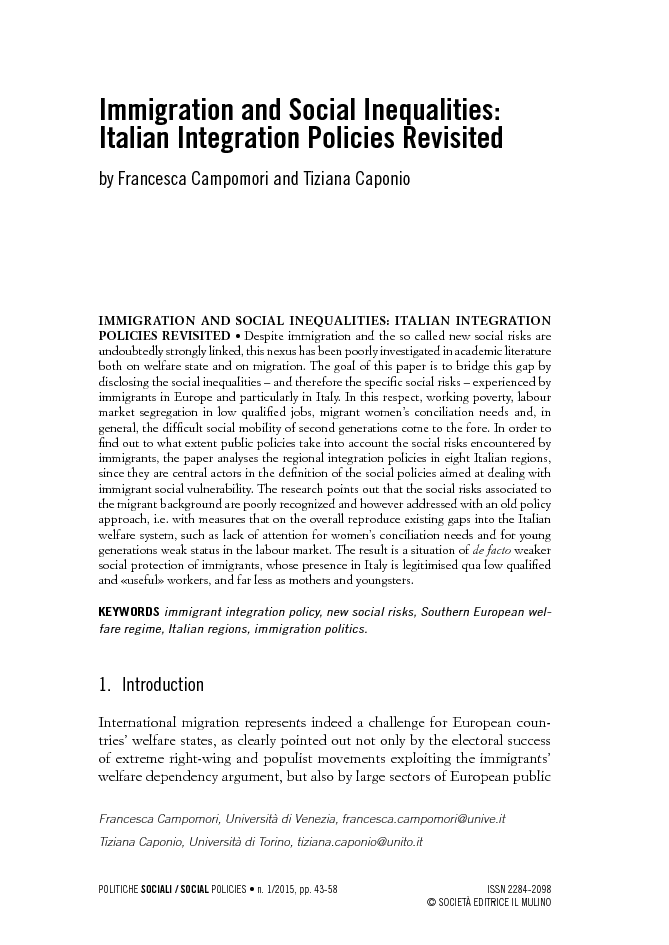