With the approval of the new Stability Law at the end of 2014, the Renzi Cabinet introduced a new income transfer to new parents with low resources - the so-called «Bonus bebè». Being not strictly meanstested and lasting for the first three years of the new child's life and not just around childbirth, this bonus is a novelty in the Italian welfare tradition of "familism by default". Yet its selective nature and its modest amount are likely to limit its intended impact on fertility and poverty. Moreover, this new income transfer adds to the already-existing fragmented measures in support of children, on the one hand, and the poor on the other, without really strengthening, and even less rationalizing, them. According to many scholars, at a time of budget constraints and given a welfare system that still has some crucial pillars to complete, investing in more childcare services or in a single general minimum income scheme would be a more appropriate route to follow. 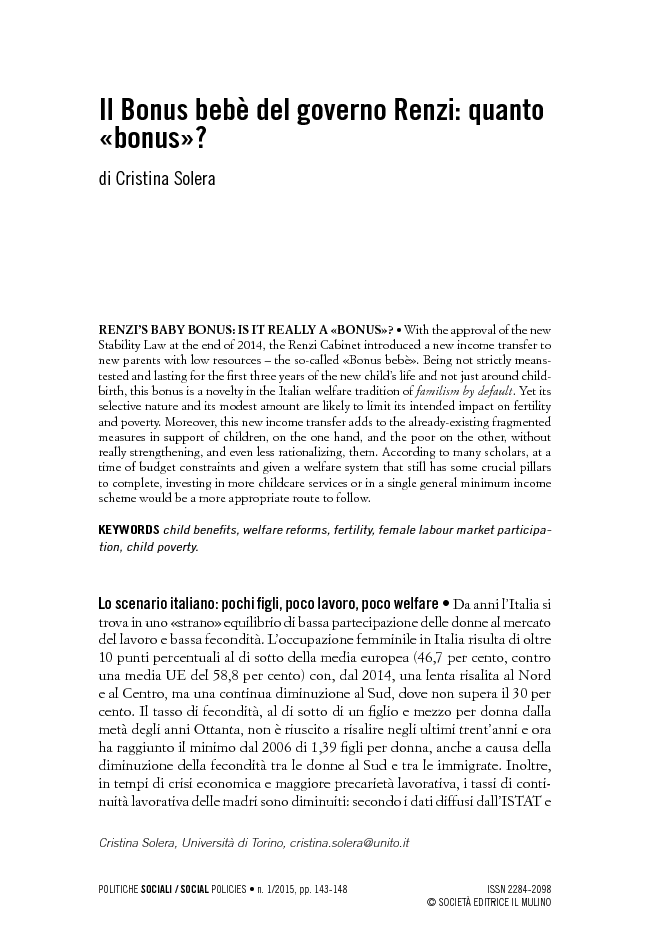