The present contribution provides a summary of reforms in Europe in the wake of the Great Recession. We first look at the key features of the recent economic and financial crisis that hit pensions. We then focus on the role of the European Union (EU) in framing the crisis and shaping the member states' reform agenda. Then we refer to the policy institutions inherited from the past. The three factors are seen as the determinants of the recent reforms. Looking at the measures passed in the EU countries, we see a further acceleration of reforms, especially in the countries most hit by the crisis. While cost-containment is often the key trait of the reform record, three main novelties should be stressed. First, the increase of pensionable age has become a key measure to improve the financial viability of pensions, while increasing benefits. Second, cutbacks have been implemented with short phase-in periods if any and through automatic mechanisms to link key parameters (like pensionable age, indexation) to the increasing life expectancy. Third, supplementary pension funds have been at the core of the reform effort and some of those countries that set up a multi-pillar pension system in the 1990s have stepped back to the mono-pillar system. In this respect, while reforms have been characterised by some common features, we see different reform paths shaped by the interplay of the three factors mentioned above. 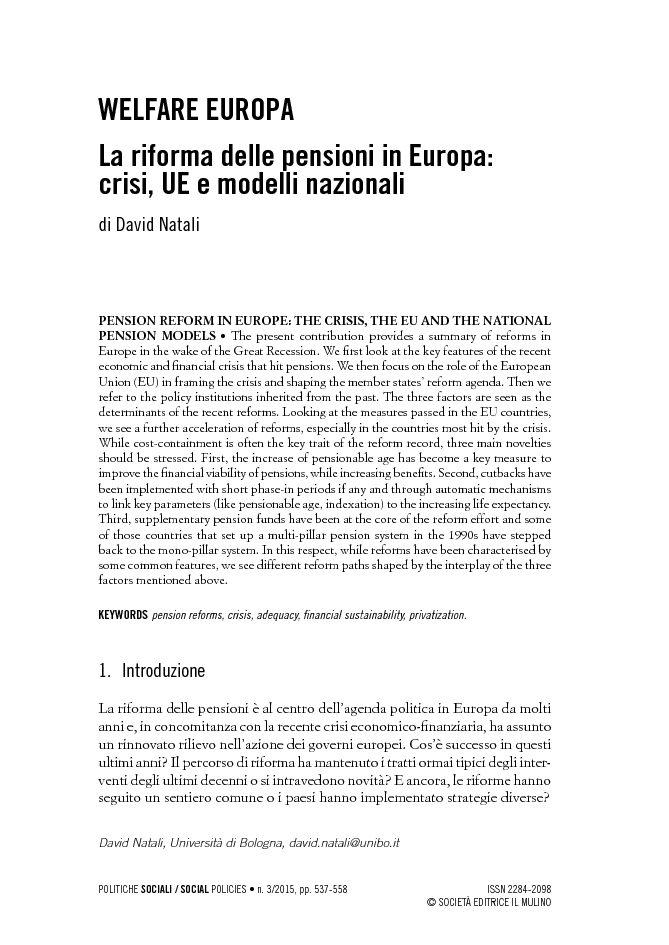