The article focuses on the Italian debate on the Third sector and non profit organizations, which started in the early eighties and is still active. Despite the large number of scholars taking part in it and its evolution over time, the debate remains largely asymmetrical: while the potential and the strengths of the Third sector are clearly highlighted, the risks and problems related to its involvement in social policy are under-analysed. The different theoretical traditions have been unable to talk to each other, developing distant perspectives but converging on a positive vision of the non profit sector and moving within a restricted discursive space. The first part of the article highlights the differences between the theoretical approaches and describes the semantic space in which they can be positioned. Such a space is built on two different axes, the first one dealing with the positive or negative attitude toward the public system and the second one with the relative emphasis on the individual versus the community. The second part of the article focuses instead on the converging elements between the different approaches and the shared vision of the Third sector as a strategic and positive asset for the welfare system. It will be argued that along with narrowing the discourse, this attitude leads to obscuring some critical issues that require further empirical analysis and theoretical thinking, particularly concerning labour, profit and power. 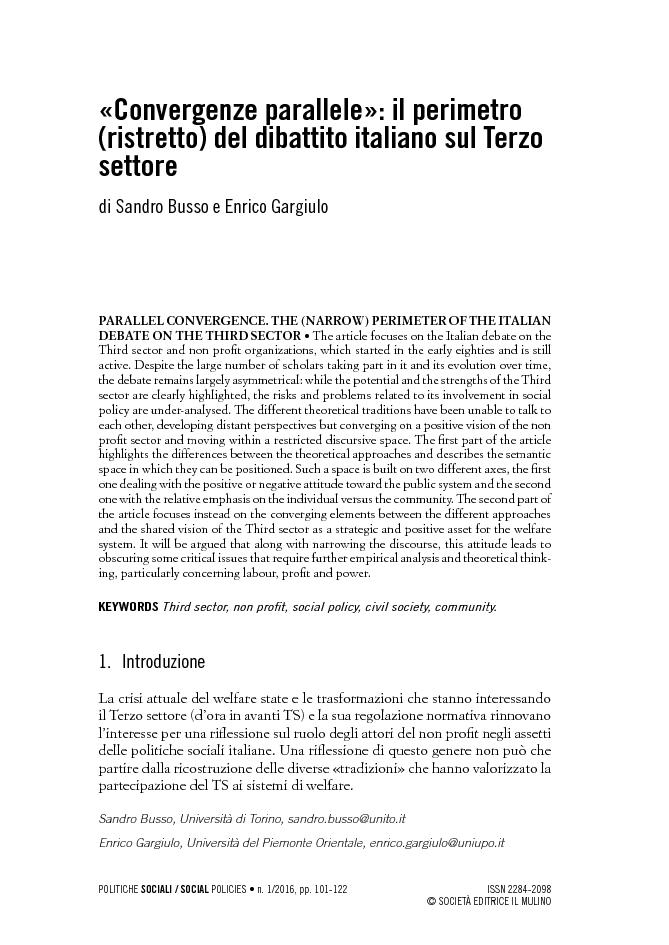