Over the last decades, means-tested benefits for workingage individuals have gained more salience within the welfare state architecture of many European countries, starting to represent a key response for people facing rather general life-course and labour market risks. However, some recent studies pointed at declining adequacy of minimum income benefits in Europe, suggesting the need to reconsider the troubled relation between targeting, redistribution and the principle of equality. The aim of the article is to investigate whether the old claim that welfare for the poor is likely to become poor welfare holds still true in the era of the new politics of the welfare state, and what factors mediate its functioning. To this end we provide a critical review of the broad branch of studies that - either through applied research or more theoretically oriented readings - have dealt with the well-known Paradox of Redistribution: «the more we target benefits at the poor [...] the less likely we are to reduce poverty and inequality»(Korpi and Palme 1998, 681). Addressing the political obstacles and incentives that arise with regard to the adoption of purely redistributive measures, we offer a more nuanced response to the old dispute regarding whether the expansion of means-tested measures must (necessarily) lead to an abandonment of the objective of combating inequality and poverty. 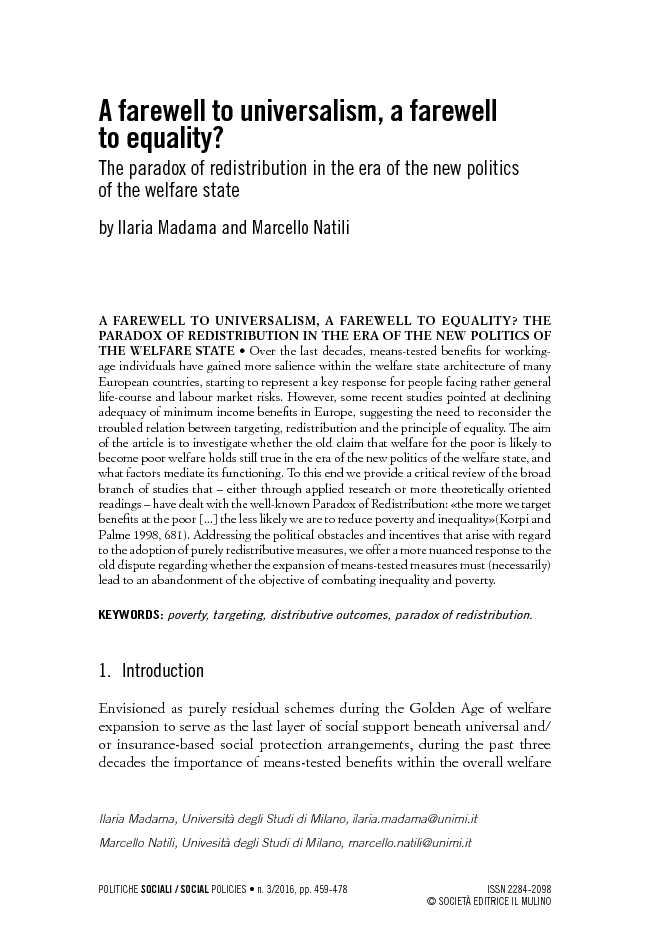