Empirical research on the relationship between education and fertility has often neglected higher-order births and exclusively focused on women. This work intends to fill the gap, by analysing the association between education and transition to a second child for both males and females in Italy. Our findings show that parental age at first birth is a crucial factor explaining the relationship between education and having a second child, since highly-educated people tend to postpone parenthood. Moreover, employment conditions affect transition to a second child for highly-educated women, given the opportunity costs of child-rearing. In addition, the positive effect of female education strongly decreases if her partner's education is not as advanced, but highly-educated women are more likely to marry highly-educated men who are in a better position to financially support another child. Finally, couples where men have a university degree have higher second birth instances, especially if women are also highly educated. Most results are consistent with an institutional context where gender differences are strong and men are considered as the breadwinner and women as housewives. Moreover, although the impact of female education on second birth occurrence is positive and highly-educated couples are those with the highest second birth rates, these results may also point to a polarization of highly educated women between childlessness and having larger families, given the high opportunity cost of child-rearing, which is further strengthened by an institutional bias that does not support work family balance. 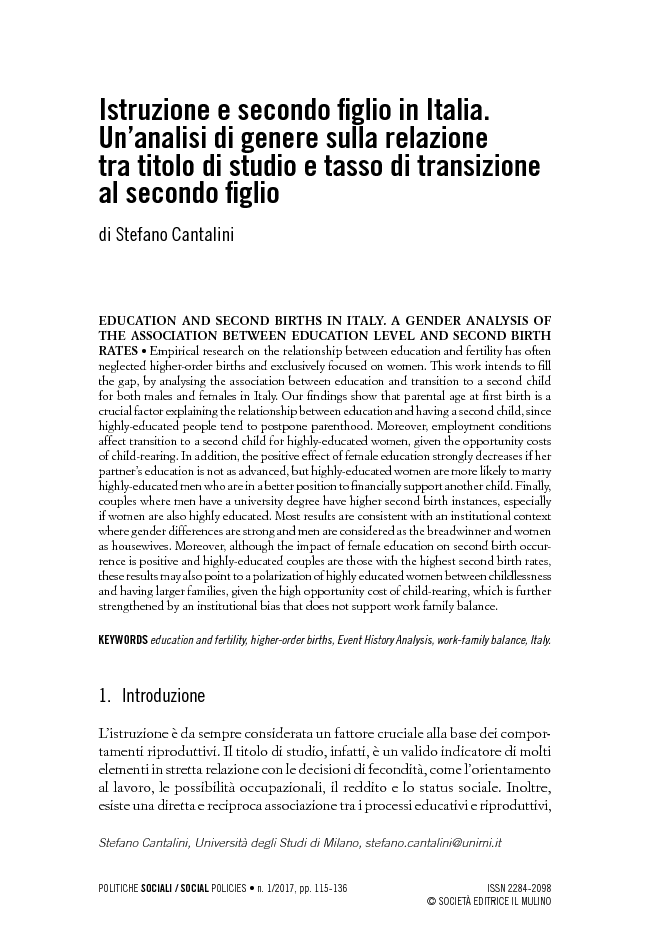