The article focuses on the growing role of fiscal-occupational welfare in Italy, considering the main arrangements, and the relevant interactions and impacts. Two main schemes are considered: on the one hand occupational welfare benefits; on the other hand tax incentives based on collective agreements with the aim of enhancing employee engagement and productivity. The latter have been traditionally connected to extra-salary payments. However, recently, the possibility to use such incentive for the provision of welfare benefits, either directly provided by employers or purchased on the market, has been also recognized by law. Based on the results of a national survey and an in-depth analysis of a sample of territorial collective agreements, the article discusses a number of critical aspects related to the recent development of fiscal-occupational welfare, including the risk of further increasing the deeply entrenched socio-economic divide that has traditionally characterized the Italian case. 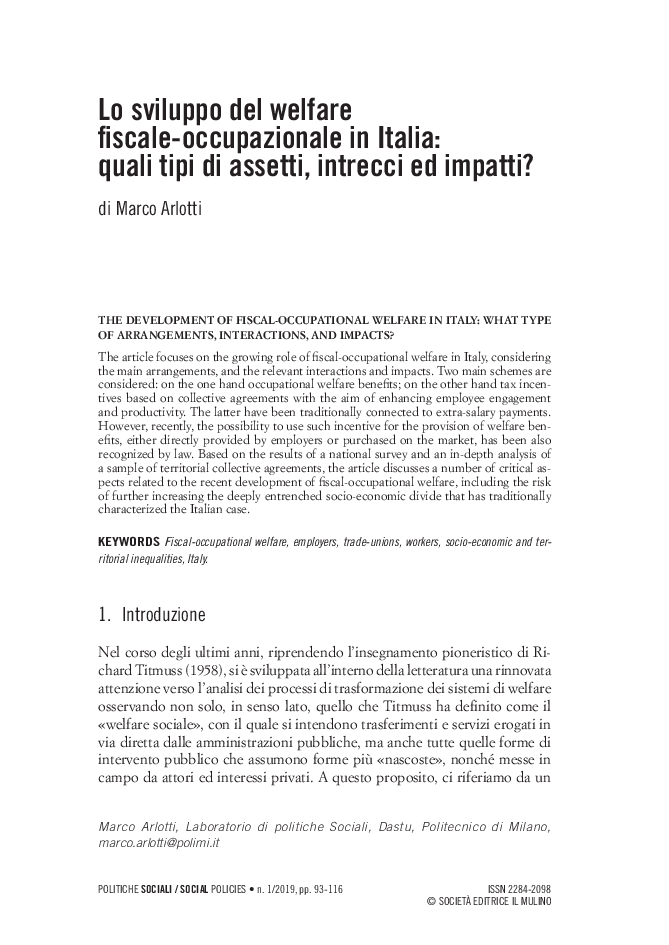