Unlike the other international legal instruments about cultural heritage, the Council of Europe Framework Convention on the Value of Cultural Heritage for Society, better known as Faro Convention, recognizes the need to put people and human values at the centre of an enlarged and cross-cutting concept of cultural heritage. Indeed, the Faro Convention is at the crossroads of a newly emerging tendency to consider heritage not just for its own sake, namely for its artistic, historical or scientific value, but also as a driver for sustainable development of the whole society, at environmental, economic and social level, as well as for the promotion of cultural diversity, mutual understanding and peace. Consequently, the Convention focuses not on how the heritage should be protected, but on why it should be accorded value and for whom. After having recalled the origins, the nature and the objectives of the Convention, the paper analyzes some of the main concepts that have been introduced, such as the definitions of cultural heritage and common heritage of Europe, the notion of heritage communities, the right to cultural heritage as component of the wider right to participate in the cultural life of the community as well as the monitoring mechanism, seeking conclusively to highlight opportunities, threats and challenges that could be faced by the States Parties in the implementation of the Convention. 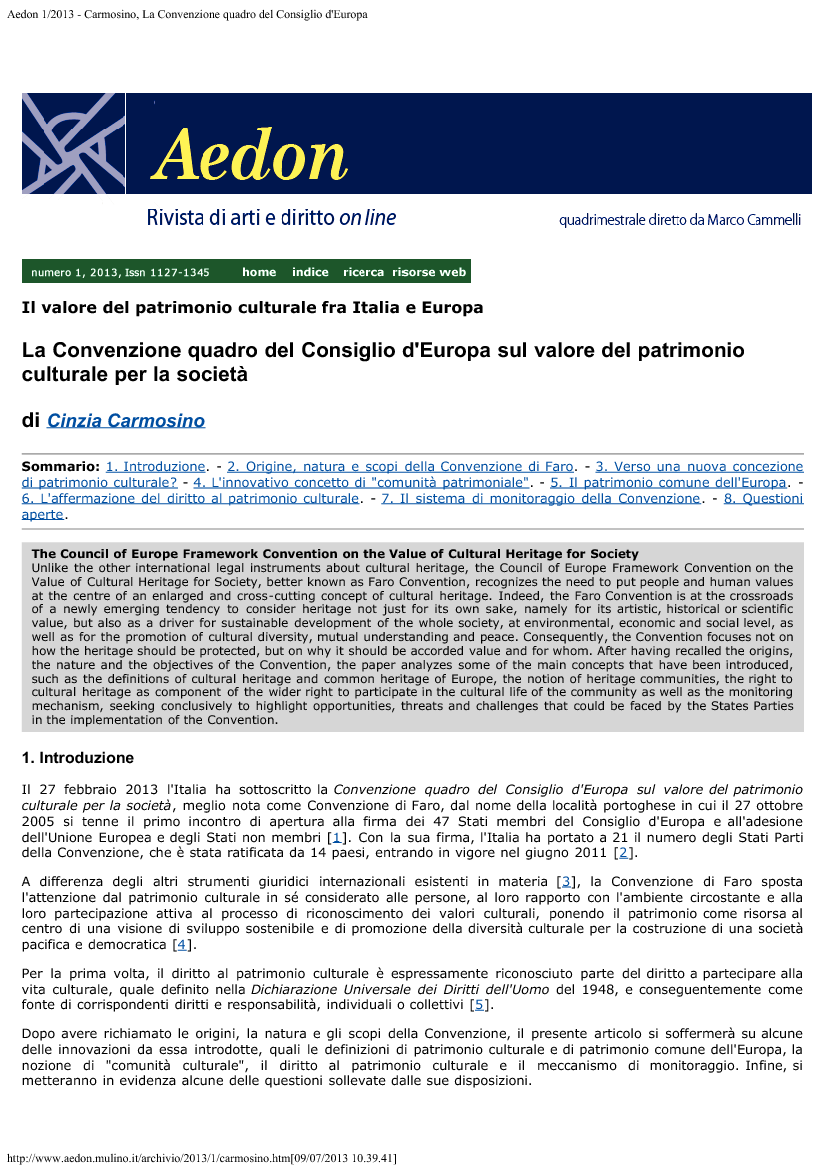