Due to tax benefits enjoyed by museums, these institutions should be required to follow more stringent standards and to complete thorough provenance research prior to purchasing new acquisitions. The most recent revision of acquisition standards by the Association of Art Museum Directors was heightened, however the guidelines are still not demanding enough. During the past decade acquisition standards have become a major issue, as unethical museum practices have drawn attention and protest from the art community. With the public trial of the Getty Museum's former curator, Marion True, the public has become aware of irresponsible acquisitions made by museums. In 2011, cultural heritage academics were outraged over the ownership dispute of the Ka Nefer Nefer funerary mask which was unearthed in Egypt in 1953 and then went missing in the 1960s. The mask reappeared in the St. Louis Art Museum in 1998, and the museum refused to return the artifact to Egypt. The case is currently in federal court, but has drawn attention to a number of museum purchases made from antiquities dealers with criminal or suspect records. (The St. Louis Art Museum purchased the mask from a gallery whose owners have been convicted for numerous art crimes.) Then in July 2012, an antiquities dealer from India was arrested for selling black market sacred Hindu antiquities to major museums worldwide. During this time of political upheaval, with so many cultural artifacts illegally exiting the Middle East, Northern Africa, the market is full of looted antiquities. With heightened due diligence standards, museums must avoid the purchase of illegally-excavated items. Acquiring this type of property fuels the black market for art, a market with ties to international terrorism. Museums have fiduciary duties to the public and ethical duties to protect art in their care. 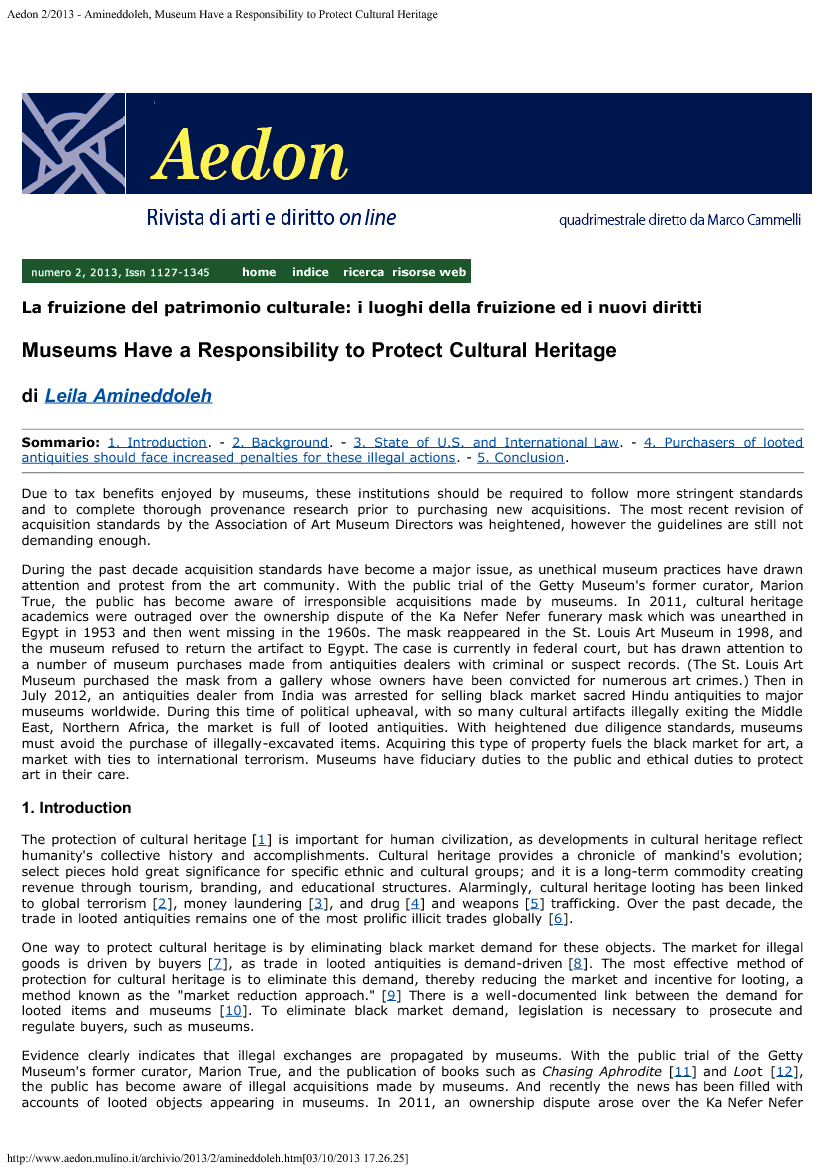